ALANNAH MYLES on Rock Overdose: “What, about Black Velvet made it impossible not to believe?”

"Black Velvet", the song that was written in memory of Elvis Presley, is an unmistakable all-time-classic that manages to bring strong emotions even after 22 years from its release. Alannah' s charismatic voice, expressive performance, unique personality and breath-taking appearance led her to becoming famous overnight with multimillion sales, various awards including a Grammy, and of course the love of her fans all over the world. After four albums and two "best of" compilations (from which she claims she hasn't seen a dime) during the '90s, the artist re-emerged with the newly recorded "Black Velvet" album in 2008, never lacking in amazing the audiences. Rock Overdose had the chance to talk with one of the most important figures in Rock music, Alannah Myles!

Rockoverdose.gr: Hello Alannah, we're very happy to welcome you to Rock Overdose! Four years ago you really rocked the Greek audience with the local orchestra of Thessaloniki. How are you lately, we know that you're in the healing process from a severe injury. Getting better we hope?


@= I'm feeling better daily, thank you. Yes, it would be most difficult to ever forget my concert in Thessaloniki. One of the highlights of my performance career! I only wish I were able to do whole tours with an orchestra playing my music. It was a lot easier and more fulfilling than I'd ever have thought it might be. I was also able to hear songs I'd written coming to life with the incredible arrangements written by their conductor, Friedemann Riehle from the Prague philharmonic orchestra. His ideas and the way he envisioned and scored rock music performed by a 60 piece orchestra with a band were extraordinary.

Rockoverdose.gr: Any news for an upcoming release?

@= I've had a vintage blues CD in the works for the last 8 years -songwriting whilst recording my last 'Black Velvet' CD. It will be titled 'A Work In Blue'. There is a black man living inside me and he's dying to get out.

Rockoverdose.gr: We heard that you're having a cameo role in an upcoming indie film too, is that true?

@= Yes I appeared in a cameo role as the character 'L' who morphs from a young jewish male rabbi to a goth princess of darkness and everywhere in between. I am depicted as being quite ugly in it as well as beautiful. The indie film is titled 'Covenant' and somewhat Tarantino influenced. A bit gory for my tastes but the accompanying actors in the film are superb and the script and story are well written by my director friend Steven Rumbelow with whom I worked as host for his paranormal 'Beyond' series. It's not really the style of film I might have seen myself accepting but with the success of vampire plots like "True Blood" in such high public demand it may well have been a timely decision. The film's storyline gives its own philosophy on the whole underworld of Vampires depicted as dark, human flesh eating angels and is set for fall release. Despite the outcome of the film I believe I gave a convincing performance. Otherwise I would never have approved. The prerequisite for my involvement was being able to see the rushes to decide.

Rockoverdose.gr: We simply can't wait to watch it! How does it feel to be active for more than two decades?

@= I'm an artist. I would still do what I do whether I was famous for it or not. Failure was never an option I don't believe in it. I have been allotted a very high position in the music world for works that I'd dedicated my entire life to for decades before the world ever learned of them.

Rockoverdose.gr: Speaking of being active, you were also the winner of the 15th Annual USA Songwriting contest in 2010, congratulations!

@= Thank you. It was an honour that brought little more than promotion of their songwriting contest. It's good to know my song was chosen as grand prize winner from no less than 50,000 entrants. But to be honest, it was received by my fans as to be expected which takes the excitement out of it for me. No more contests.

Rockoverdose.gr: While working as an actor and a model to pay for the early demo tapes, would you imagine that soon after you would be winning awards and making multimillion sales worldwide?

@= I imagined every single thing that my music received. Just not 18 months after my debut release!

Rockoverdose.gr: What was it in “Black Velvet” that made you believe in it?

@= I can only answer you with a question - What, about Black Velvet made it impossible not to believe? It was not the song I thought would stick in the minds of the public 22 years later as a classic but we can't choose our blessings, we can only accept them hopefully with a modicum of grace.

Rockoverdose.gr: Is it your favourite song as well?

@= It is very much my song which no one seems to be able to cover without being besieged by its fans and it is probably the most natural song for my voice but it is not my favourite. I have many.

Rockoverdose.gr: What happened after your second album, do you blame managers and music industry executives?

@= I "blame" no one. What happened is so unbelievable, so vindictive, fated, and miserable that I don't waste time trying to explain something that would take a book in order to make any sense of it. I did not have the wisdom to change what happened one iota. I do now. I've been tremendously fortunate with the popularity of my music. I no longer have issue with Atlantic Records who have recouped their 5-6 million from my percentage of the profits in which they were made no less than 80 million richer while I toured relentlessly to pay rent without receiving a single royalty cheque until 19 years after I'd recouped. I have been extremely unfortunate financially which could have been a whole lot different perhaps had I accepted the impending corruption at that time. I have many challenges ahead of me in order to take back what legally belongs to me. It sucks but this is my fate.

Rockoverdose.gr: Was it a moment in your carrier that you felt disappointed from the way things came up? Would you do anything differently?

@= I can't relate to this question. Why would I change anything? Naturally, anyone would expect to be paid for the work they'd done. I believe everything happens for a reason and I am unable to change things anyway, so what is there to regret? The Universe has a much higher plan for us. It only gets ugly when we don't listen and follow where we're being led. I followed exactly where I was being led and I'm a better artist for it.

Rockoverdose.gr: From your vast touring experiences, is there a concert that always comes to your mind first and why?

Rockoverdose.gr: How did you end up taking part in the Melodicfestivalen for the Eurovision song contest in Sweden?

@= The festival had wanted to introduce international acts in order to gain widespread popularity and I was the first they asked to participate with one of their most famous rock artists and songwriters, Kee Marcello. It was a great experience. A huge TV phenomenon in Sweden's music culture. I love the riveting performance we gave.

Rockoverdose.gr: A revival of rock music seems to be taking place the last years with many self-financed productions from new bands and not only. You did the same on your latest album called “Black Velvet”? What was your feedback?

@=  I was executive & co-producer, A&R woman, chief songwriter and financed a whopping quarter of a million dollars of my own money in a record of which I am very proud. There were little funds available to promote it with the indie label I leased it to but I own the masters and it will return to me over time.

Rockoverdose.gr: Would you do it again on an upcoming album?

@= It was an enormous task to do all by myself. Almost unfathomable as I look back now but I will do things a lot differently with my next recording. First of all I won't be spending 9 times more than I need to keep others under my elongated employ. I'm working on setting myself up for my next independent release where all profits are accrued to me which in turn will allow me to subsidize more recordings. I'm not sure I can ever sign as an artist to a record label after all the financial abuse I've been subjected to but I am not closed to the right deal with the right company from whom my music would need the support of if I'm to be responsible for another classic record. It's a brand new world and artists no longer have to be subjected to music industry scavengers and criminals. We have more options open to us if we can pay attention to our instincts.

Rockoverdose.gr: You're personally supervising all your online accounts? Your Facebook page is so different from other artists', so warm, so real...

@= I have an assistant to handle the hundreds of booking requests I receive each year. This is tremendously time consuming. Particularly when between only 5-10 of the offers ever materialize. But thank you for pointing that out. It took a great deal of effort to learn how to allow my FB fans an intimate approach while weeding out the meanies or violators that an artist with my kind of fame inevitably attracts. I am extremely diligent about keeping a good positive place there for me and my fans. I do not allow other artists to be trashed in order for my own artistry to be praised. I love sharing with my fans and the interaction I have with each of them but actually, most don't believe it's really me. No matter, doesn't change the truth. I have one Facebook page that is personal, /AlannahMyles and another, /MovedToAlannahMyles that is more about the celebration of my music. It came in the form of an accident made by Facebook who shut me out of my personal account when I turned it into a page but it affords me the peace of mind to give as much as I'm comfortable with while remaining in control of those who are potentially invasive.

Rockoverdose.gr: Do you keep up with your “songwriting Mondays”?

@= Yes, we had "Songwriting Mondays" on Wednesday last week, we may have to move it to Wed next week due to the long weekend, but very much so, yes. I now use my mac laptop's Garageband to record the writing process and the recording quality is significantly improved as compared to a time when I'd saved our ideas on a crude little cassette recorder which lose even more quality when converted to MP3s.

Rockoverdose.gr: Thank you very much for the nice talk we had Alannah, we wish you all the best with your songwriting and future plans! Would you like to add something for your fans out there?

Thank you for this opportunity for my words to reach my fans.

View all posts by: 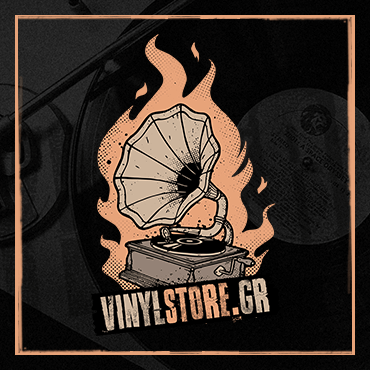