Rock Overdose and Zisis Petkanas had the pleasure of having a very interesting interview with King Diamond’s guitarist Andy LaRocque, who said a lot and interesting about the synthesis process of King Diamond's new songs and many more.

Rock Overdose: Hello, Andy, and welcome to Rock Overdose, Greece! It’s a great honor having you on our zine! How are you?

Rock Overdose: So, are there any musical projects you’re working on so far?

Andy LaRocque: Yes, I’m actually composing songs for the next King Diamond album. That, I think, would be interesting for the fans to know, and I know that King is on the same line. He’s got some ideas in his head so I’m sure he’s gonna start recording some ideas very soon even though he has a lot of ideas already when it comes to lyrics, the story and all that… Actually, this morning, before talking to you, I sat down and did some stuff, one of my contributions for the album. Except for that, I’ve got a lot of clients in the studio from all over the world. Just a few days ago,

I was working with a Norwegian band and, in a few days, there’s a band coming in called the Kill Ritual from the USA. They’ve got a thrashy metal kind-of feel, melodic thrash metal, I would say… They’re coming in to record their next album. So, there’s a lot of things happening here all the time… 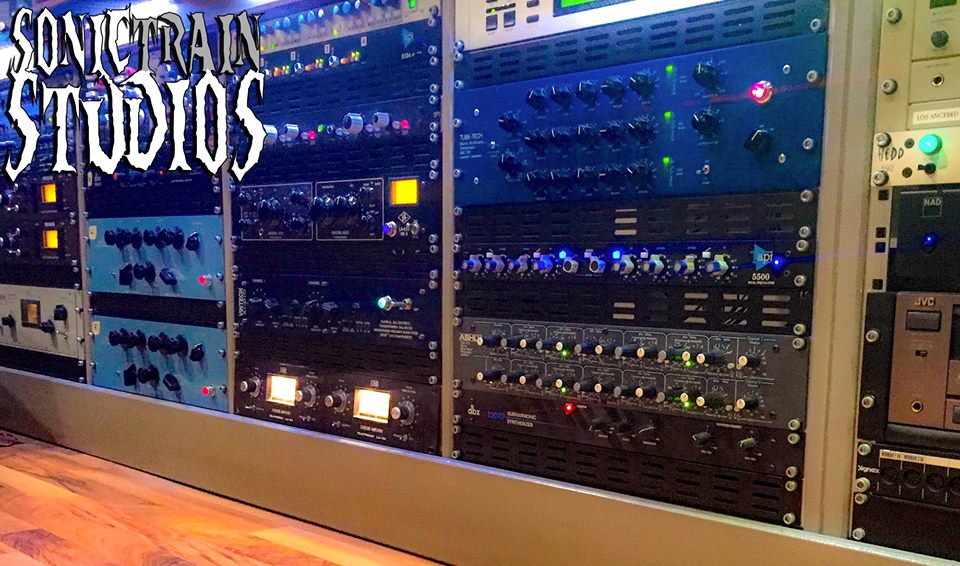 Andy LaRocque: …which I’m very glad for, of course! You know, I love working with music.

Rock Overdose: Except for being a guitarist, you’re also a producer, so you have a lot of bands.

Andy LaRocque: Yeah! So, I’ve got my own studio here called the Sonic Train Studios and I work as an engineer and a producer. That’s what I do when I’m not working with King Diamond. I produce a lot of other bands in the studio.

Rock Overdose: So, will the new King Diamond album be ready for release next year?

Andy LaRocque: Well, this year, 2019. I really hope so! I think… I’m not gonna say anything because you don’t know what’s happening. But, right now, we’re working on writing songs and, as soon as that’s finished, we’re gonna start recording some of the songs. We’ll see, but we’re definitely working on it. It’s about time! It’s been 11 years since we released the last album and it’s definitely about time we released something new. The material so far is a little bit back to what people expect from us. I’m not gonna say it’s gonna be, like, a new “Abigail” album with that sound, but the style is classical King Diamond. I can say that much.

Rock Overdose: That’s great news! A great King Diamond album! Do you have any song titles or an album title ready to announce, or is it too early?

Andy LaRocque: No, no titles so far. We don’t have anything- no titles yet. We’re still in the- I don’t even… I’ve got, like, numbers on my songs so far.

Rock Overdose: You had a Greek woman during your touring, Hel Pyre, am I right?

Andy LaRocque: Oh, yeah, that’s right! Hel Pyre! She was to stand in for a couple of shows. That was great; she did a great job, I think! It worked out very good. We were very glad she could do it and all that. That was great! 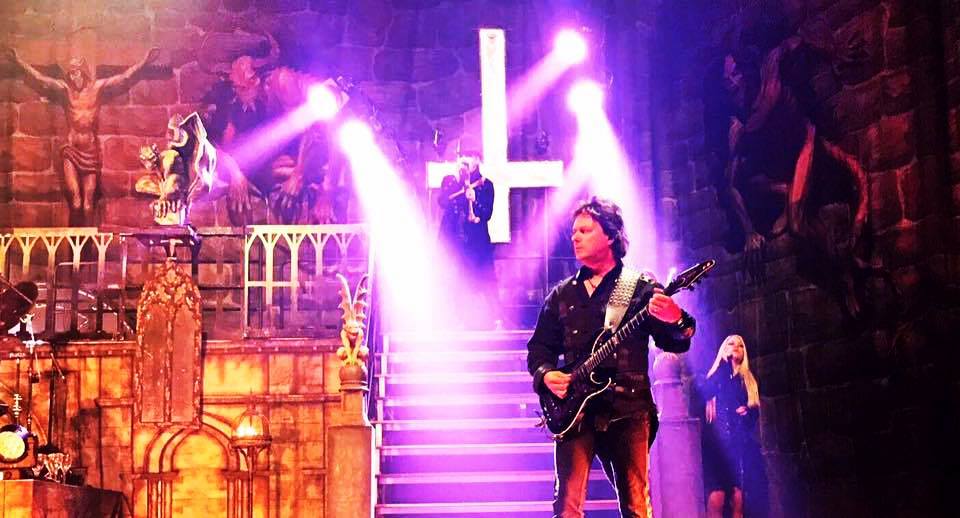 Rock Overdose: So you cooperated with her for some live shows, right?

Andy LaRocque: Yeah, I can’t remember exactly how many live shows she did… I think she did, maybe, three or four shows; I’m not sure about it, you know. I don’t remember exactly as it was back in 2017. It was in South America, and it worked out really good- very happy for that.

Rock Overdose: How is it, working with King Diamond? Will you tell us a few about working with him after so many years?

Andy LaRocque: Yeah! I mean, this summer coming up now, I’ve been in the band- I can’t even tell you how long… [Laughs] I’ve been in the band since 1985; you’ll have to count yourself. We have done- I don’t know how many albums… A lot of albums, for sure! King knows what he wants, and I know what he wants too, I believe. For the most of the time, anyway… He’s a great deal into details. If something is not working out for him like- let’s say I write a song, and there’s a wrong key that’s a little odd for him to play- he just lets me know and I change that.

I mean, so far, there hasn’t been a problem at all with the songwriting and all that stuff. I mean, we’ve done a lot of albums together so I guess… If you look at it, at the end, it has been very good working together with King. Definitely! 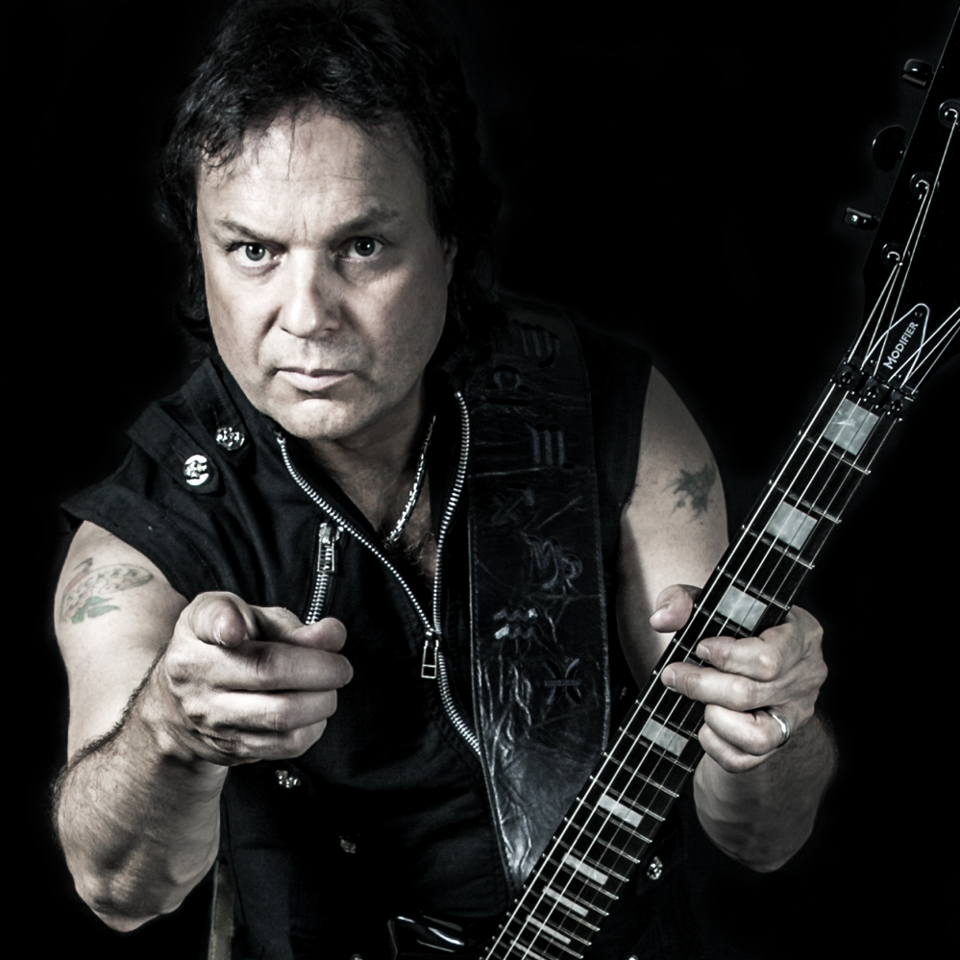 Rock Overdose: Are there any thoughts, after the studio album, to visit Greece?

Andy LaRocque: Nothing in Greece is planned. We’re gonna do some shows around Europe, but it’s mainly festivals and I don’t even know if there’s a festival in Greece. Are there any heavy metal festivals in Greece?

Rock Overdose: Yes. We have Rockwave in Athens, and Athens Rock, which is a new festival… Two or three festivals…

Andy LaRocque: I wish that we would have the opportunity to play there, of course. But, this time, I doesn’t seem that it’s gonna be possible because it depends on the overall route. Maybe it was just the wrong dates, maybe we were, like, on the other side of Europe… It’s not possible to travel to Greece overnight or whatever, you know. It has a lot to do with the logistics and all that. Nothing is planned for Greece this time round, I’m sorry…

Rock Overdose: It’s a pity, but we hope that, some day, you will visit us again.

Andy LaRocque: Oh, yes! I mean, it’s been a long time since we were out on, like, a real tour. You never know… I mean, you’ll just gonna have to wait and see what’s happening. I can only tell you that.

Rock Overdose: Of course! I have to assure you that you have very loyal fans here.

Andy LaRocque: I know! It’s always crazy when we play down there and we would love to play there. So, I know; definitely, very cool.

Rock Overdose: So, you have a new DVD release, “Songs of the Dead Live”. What are your memories from the tour shows recorded, and what should we expect to see on this new DVD?

Andy LaRocque: We recorded– this was back in 2016 – during that Abigail tour thing we did in the US back then… We decided, or the record company actually decided, to record two shows, one in Philadelphia and – to have a back-up – the second show was recorded in Detroit, actually. You know, to have some back-up angles, just in case something goes wrong… Then, because we were really happy with the stage size and all that in those two places, we also decided to record the live show from Graspop in 2016 for the audience to able to see us on a bigger stage… Where everything is loud, and you can see from some distance the light show and everything, from a totally different perspective than you would in a smaller theatre or club, indoors.

So, it’s gonna be two shows, pretty much the same setlist, except for the order that’s changed in one song. Other than that, it’s pretty much identical. Totally different atmospheres, since the Graspop show is an outdoor festival and the Phili show is an indoor theatre or a big club… It’s still different with a lot of things happening. If you compare these two shows, the Phili show is recorded indoors and it’s really intense; there are short clips and close-up shots of everyone in the band, and it’s moving very rapidly.

The Graspop show is, like, a bigger perspective. You see us on a bigger stage… It’s just a different atmosphere. I think both of them are really awesome and we’re all very happy about how everything turned out. It took some time to have it out, but I’m sure our fans will love it. I really hope so because we’ve put a lot of work into this. 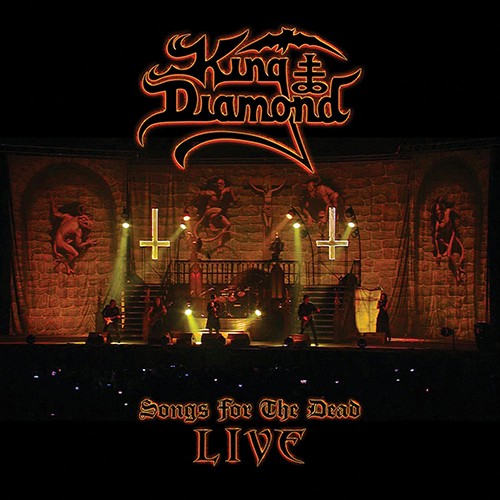 Rock Overdose: Of course! When is the official release?

Andy LaRocque: It’s gonna be the 25th of January. It’s gonna be a whole package, with a DVD Blu-Ray, a CD, a vinyl and everything.

Rock Overdose: It’s great! I’ve already watched the show. So, you were also in Death a long time ago…

Andy LaRocque: Yes, back in ’93! People often misunderstand that because I was recording some solos with them and they asked me if I wanted to join the band. But I was really busy with everything else at that time so I had to decline that. You know, they asked me if I wanted to come on their tour and I said, “No, man. At this point, I don’t wanna do that” because I had just had kids and I was tired of touring and all that. And I had my own project back then which later turned into something called Illwill with Snowy Shaw and Sharlee D’Angelo from Arch Enemy. So, I was busy at that time. I think it all turned out really good and it was definitely an experience to play with Chuck [Schuldiner] and all the cool guys down in Florida.

Rock Overdose: It was, I suppose, a great experience to work with Chuck…

Andy LaRocque: Yes, definitely! It was totally super cool, man! Everyone that I met down there were very nice to me so that was great, and we kept in touch for a very long time, all the way up until he passed away… It was very sad; he was a great guy…

Rock Overdose: Are you aware of any Greek metal bands?

Andy LaRocque: Not really… I’m not super-familiar, you know? The only metal guy that I really know is Gus G.

Rock Overdose: Well, you don’t have to know from where each band is…

Andy LaRocque: I didn’t know… Of course, I’ve heard about these guys! I’ve heard some songs from them but I never realized that they were from Greece. That’s cool, man!

Rock Overdose: Is there something else that you would like to reveal through this interview?

Andy LaRocque: Well, nothing that isn’t already said… We’re working on writing songs right now… We’ll be doing some festivals in Europe this summer… And I’m sure the fans are really gonna like the next album because it’s definitely gonna be a classic King-Diamond-style album!

Andy LaRocque: That’s everything that I can think of right now! I’d love to see you people down in Greece soon.

Rock Overdose: We really hope so! If not this year, maybe next year you’ll have to come!

Rock Overdose: Thank you so much for your time and for this interview, and I hope to see you soon here in Greece.

For the Rock Overdose