Due to their upcoming live performance in Greece in a few days, Christopher Bennett from post-sludge metallers Minsk, gave an interview to Dimitris Aloras and Rock Overdose.

Rock Overdose: First of all, though you might be tired of answering that question and I apologize if so, what happened and we lost tracks of you after 2009? ''With Echoes In The Movement Of Stone'' was (and still is by some) considered your best album, nobody expected you to stay inactive.

CB: We had toured quite a lot during 2009, and upon returning home from a European tour late that year, we knew some changes would need to be made for Minsk to move forward in a creative and constructive way. We were aware that the process would take time, so we made a decision to not play live until the way forward was clear. Behind the scenes, we were actively beginning work on new material. In addition to that, we all had normal life responsibilities that needed to be attended to, so we recognized the need to balance our lives in order to progress forward with future Minsk endeavors.

Rock Overdose: Years passed, people left the band and new personnel was added. Was that necessary to make you speed up the release of ''Τhe Crash & The Draw''? Like needing a kick in the ass to wake up?

CB: As I mentioned previously, we understood the absolute necessity of adding new life to the band. I don’t think it was a case of needing a kick in the ass, but a realization of needing a renewed sense of focus and intention. We felt no need to be in a hurry with writing a new album and we were comfortable knowing that the process would take as long as necessary. Our vision for the band was never in question, but the need for renewed kindred energy was paramount. We were fortunate to have Aaron, Zac, Ryan and Kevin; all extremely talented members of our musical family step forward and bring the band to a heightened sense of purpose and creativity.

Rock Overdose: I wonder how old the tracks of the latest album have been. I can't believe that they are all new, and I bet some of them must have had an initial idea or skeleton before they end up on the album.

CB: Minsk songs are always a combination of ideas. Some happen organically in the moment, while others are more painstakingly orchestrated before being brought to practice. The process of writing a song takes an idea through many evolutions; changing and morphing into what eventually becomes the final version. This loosely defined process has been similar over all Minsk records, with each one possessing its own unique set of experiences. Sometimes it takes years for a small riff or song idea to come forward. With that said, we did begin working on ideas for “The Crash & The Draw” back in 2010, without having had any specific previous ideas to draw from for new material. 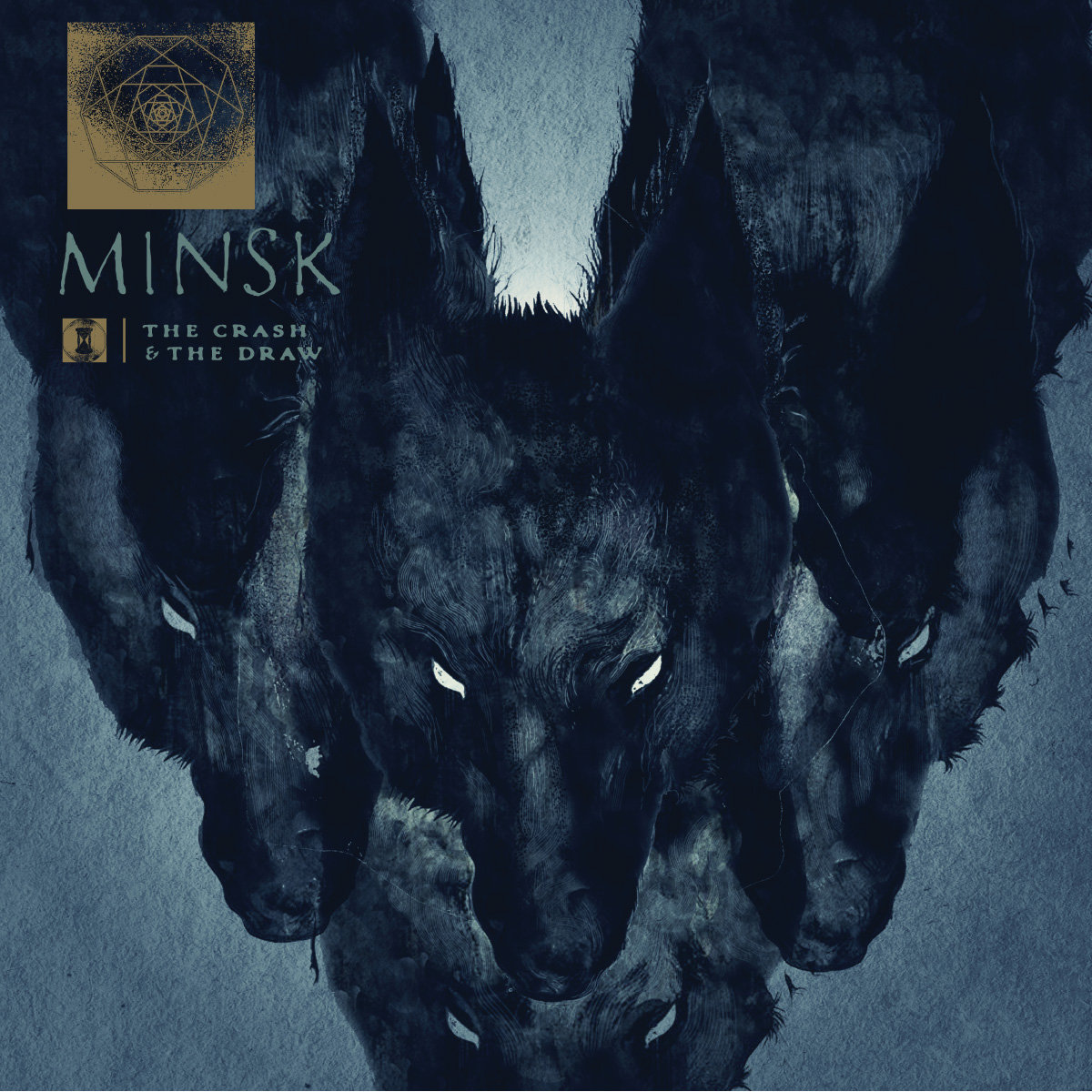 Rock Overdose: ''The Crash & The Draw'' is the longest running album. Is it because you were purely satisfied with the material? Was it something like a reward to the fans for waiting for so many years? Or did you feel like filling the album with as much music as you could?

CB: We never set out to make the album the longest running, it just worked out that way. We wrote for the album until it felt right to be done, and the end result is a physical manifestation of that vision. The hope with each record is to follow a dynamic trajectory toward an album that feels like a cohesive, and holistic piece, rather than a collection of songs. We may have discussed shortening the running time slightly, but doing so would have reduced the dynamic impact we were striving for. It ended up that we had our longest album, and given the fact that it had been years since our last, we were happy with the running time. We were fully aware that not everyone would want to sit through such a long record, but the hope was that those who did, would find the value in joining us on the journey.

Rock Overdose: I live in a small country where things seem to happen long after they should, but with Minsk there was always a case of full respect from the beginning. What was the feedback from the fans all those years of disappearance and how much motive did they give you to go on?

CB: We are so fortunate to have received positive feedback from Greece, and all over the world. This means so very much to us, and we are humbled by the fact that anyone would take the time to listen to our music. We will make this music no matter what, but the ability to reach, and meet wonderful humans in other places only enhances the joy we find from it. Having the opportunity to connect with kindred spirits wherever we go is a huge inspiration to us.

Rock Overdose: Allow me to express my thoughts about the new album being the most inner recording you've ever done. Feelings' changes pour like every second and it's surely the most demanding stuff you have released. How do you see it now that it's complete?

CB: We appreciate the kind words, and thank you for taking the time to dive into the music. Our goal has always been to express a wide range of emotion in the songs. We hope to touch on both the beautiful, and the disgusting aspects of life, and we know that can make the listening experience more demanding. We often find that our favorite albums are those that demand attention, and reveal more with each listen. I feel confident that we were able to achieve a level of what you are talking about with the last album, and with the new songs on the split album with Zatokrev.

Rock Overdose: I'm curious to know how a Minsk track was getting born back in the day and if it happens in the same way nowadays, or if you have changed perspective with the latest album and maybe tried an alternate method.

CB: We never have a specific method when it comes to writing a song, and it tends to happen in many different ways. It might start with a single guitar idea, or a drum pattern, or a more fully formed idea. Oftentimes a new path is forged in the practice space in the moment. We will always remain open to any new method that feels right for the songs. No limits or laws exist when it comes to Minsk songs. The original vision of the band from day one still holds true, but after 15 years of living, making music, and experiencing the myriad paths of existence, our perspective has grown into what it is today. 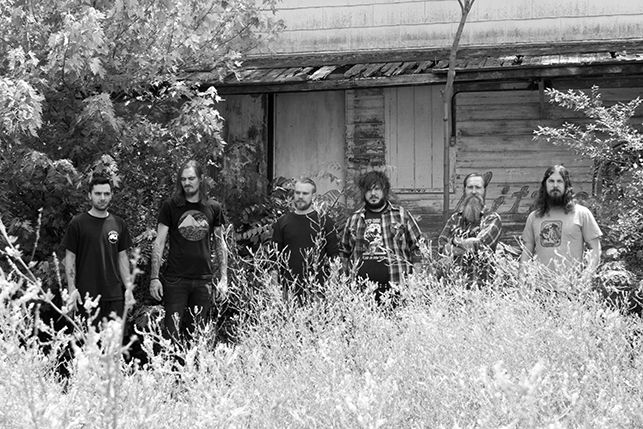 Rock Overdose: While you were always the most atmospheric of all the bands that emerged around the same period, you also had the most unique sound of the whole post/sludge/whatever you want to call it style. What is the secret in being special and how much do you have to sacrifice in order to not sound like most of the stuff that's already been played?

CB: We appreciate the kind words. We can’t really be concerned with putting effort into being unique for the sake of it, but what we can do is pour ourselves into the music, and hope that what manifests is our personal unique perspective of existence in this universe. We have to be honest in our approach, and as long as we are doing that, I feel that we will have something to offer the listener.

Rock Overdose: I know that the band doesn't play live so often, but on the other hand you're visiting Greece for the first (and hopefully not the last) time. Fans are eager to see you and we want to know what you have in store for us.

CB: We are very excited to play in Greece for the first time! It is a dream come true in many ways. We will be playing new material, as well as songs from other albums which will represent the many dynamic aspects we aspire to put forth.

Rock Overdose: Last but not least, thank you for the music you have created so far, it's been redeeming and despite its heaviness, it feels as if the weight of the world seems lighter while listening to you. Close this interview the way that makes you feel good.

CB: Thank you for the interview and your interest! It is wonderful to hear that you can gain a sense of relief and positivity after listening. One of our goals is to put forth sounds that bring something constructive to the world. There is plenty of destruction happening in the world, so to go against that stream seems to make the most sense to us.  We can actually see our desires manifest in this world, if we put the care, attention, and Will into it.