District 97, a special Prog band
After the collapse of the music industry, there is a "relative, fragile" "equality", a relative "democracy," with all the thousands of bands on this planet claiming attention. Good bands, bad bands, average, remarkable, excellent, all. Whole genres and branches in the branches of them. Strangely though, all of us music maniacs, we rarely have the pleasure of discovering a really interesting band.

From their first single, "Can’t Take With Me" (2010), District 97 immediately drew my attention. To date, three studio albums have been released - 'Hybrid Child' 2010, 'Trouble with machines' 2012, 'In Vaults' 2015 - and as many live albums / DVDs. Every subsequent album is even better than the previous one. Leslie Hunt is, in my opinion, the best frontwoman in a progressive band, (and not only), with excellent stage presence and voice.
This year's 10th anniversary of the band's creation and their Live DVD “Live in Dein Boerderij” is available through their website (www.district97.net) with bonus material and all their video clips to date. 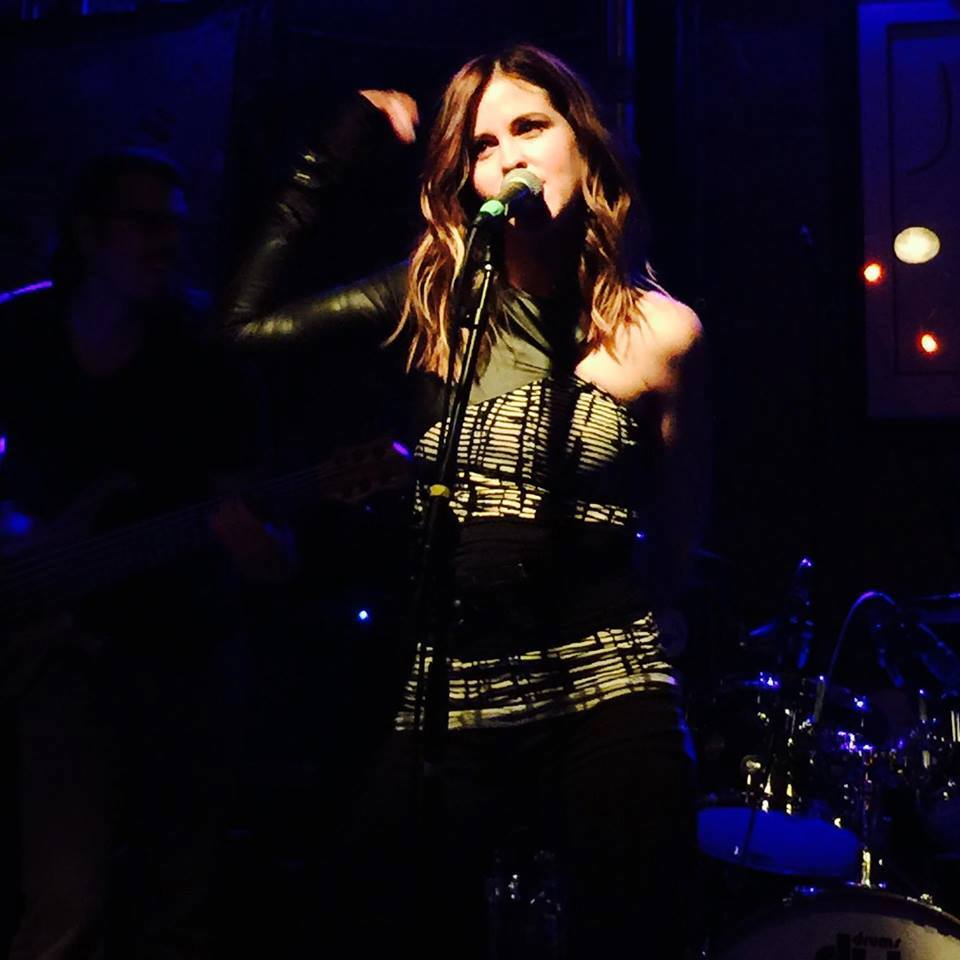 "They should be huge"
So I wonder how it is possible that I do not know of anyone who knows District 97. With this article I start a "mini-crusade": to get you to know one of my favorite bands for the last 10 years. (Check also: Devin Townsend Project and Von Hertzen Brothers as well).
Briefly:
District 97 was created by Jonathan Schang and friends from the school at first (in an area called District 97), and after some changes the line-up stabilized.

Today, District 97 is Leslie Hunt (vocals), Jonathan Schang (drums), Jim Tashjian (guitar / vocals), Tim Seisser (bass) and Andrew Lawrence (keyboards).
Leslie stood out at American Idol, where she left "episodically" shortly before releasing the band's first album, which even temporarily gave them some good or bad  publicity. In the process, D97 had rave reviews by music critics and by pro-music experts such as Bill Bruford (King Crimson, Yes, UK), John Wetton (King Crimson, Asia) and others. With John Wetton (RIP) they even toured together, as recorded in their 'District 97 & John Wetton - One More Red Night: Live in Chicago' (2013). They recently toured the 'Cruise to the Edge' progressive fest / cruise, winning the admiration of many progressive music hardcore friends.
'Inflation'
Nowadays, there is "inflation" of bands that almost equally attract pieces of attention, there are armies full of medioctities and clones: myriad bands that remind you of other, established bands. In all species. Specifically, in prog: Dream Theater clones,  Marillion & Genesis clones and so on - while personally I have counted a few hundred .. Pink Floyd’s (see Porcupine Tree et al.). (On the other hand: I am tired of listening to buttheads -who have not done anything important in their life- criticizing bands) . The bad thing is that along with the countless mediocrities you might miss the really good bands. It’s a debate. First of all there is no 'virginity' in music: everyone has their influences, it is rare to hear a 'new', 'authentic' musical imprint. I believe that if something really worthwhile will eventually stand out, it will be heard.

Discover District 97
Today there are more technically trained musicians than ever. Their recordings can  be mixed into their bedroom's PC. But : Despite all the convenience of technology, all these musicians have 2 and 3 and 5 and 6 ‘bands’ each, breeding mediocre music. We swim in a mediocrity with regard to the material: the songs, the tracks. Mediocrities! Countless.
So when you hear this rare result that has this more to say - a personality, a fresh look and excitement - you want/have to share it. D97 stand out immediately with their original musical imprint.
A mature band in their 10 years of existence, District 97 have found their own voice.
And in the face of the charismatic Leslie Hunt, a singer singing some of the toughest notes and melodies of our day, over the bizarre rhythms and scores of their music, animating the audience in the D97 concerts.
And to make it absolutely clear: District 97 is great live, with a frontwoman who magnetizes the attention, great musicianship by all the players and their own musical identity. From the singles – Can’t take you with me, Termites, Open your eyes, Snow Country, etc. - to the 'deeper' tracks -Takeover, All's well that ends well, etc.
Trust me, the open minded will discover one of the world's best progressive rock bands. Thought-out compositions, melodies with "mystery", coherence, craftsmanship and, in my opinion, one of the most prominent women 's presence in the prog. In a sum that is more than its parts.
I hope they will not have to wait to be discovered in 150 years!
We had a conversation with founding member Jonathan Schang.

Distinctive songwriting, great musicianship, the best frontwoman in prog-music, fans claim that D97 should be ‘huge’. Your comment?

Well, I agree that would be very nice! The thing is, there are a lot of bands out there nowadays that deserve more acclaim and success than they have. The issue is that the music industry is probably at about 1% of its peak strength of about 40+ years ago. So, there’s not much opportunity for bands that formed in this decade to get “huge” right now, unfortunately. But, we are very grateful for all the fans around the world that we DO have!

Your new release, the ‘Live in De Boerderij’’ DVD is only available through your website (www.district97.net.) coupled with a year-long membership as a ‘keyholder’, (a ‘Premium Member’), securing a tight fanbase. Any plans spreading D97 to broader audiences?

As you said, the Live At De Boerderij DVD is available through our subscription series, the Inside The Vault Club at http://www.district97.net/insidethevaultclub. All club members receive exclusive audio and/or video content from us each month, and Keyholders (premium members) will receive this DVD, as well as an exclusive CD or DVD release each year, and discounts on everything at http://www.district97.net/store. The reason Live At De Boerderij is being released in this manner hearkens back to my answer to your first question; the industry is in a state where one has to get more “creative” in terms of sustaining a venture like D97. The subscription club has been a great in that it enables us to receive some steady income so we can function on a continual basis, and also rewards our most dedicated fans with exclusive content. Obviously, the more who join the club, the merrier!

Ten years since the 1st conception of D97, three studio albums in, any special thoughts on the story so far? Any stand-out ‘moment(s)’ you can share?

It’s been a great ride so far that has seen a lot of my childhood dreams come true. For me, getting acknowledgement, encouragement, and even participation from some of my biggest musical heroes like Bill Bruford and John Wetton has been incredibly satisfying. In addition to our three studio albums you mentioned, we also have a live album that we released with John Wetton of King Crimson material called One More Red Night, and John also features on our 2012 album Trouble With Machines. Working with and getting to know him was truly an honor I will always cherish. Aside from that, I’m also just very happy the band continues to grow, both musically and in terms of our stature. The great friendship, and dare I say love, between the bandmembers is perhaps the best of all.

Some compare bands to families, to married couples etc. The finest bands that produce forward-thinking music: I compare them to tribes. I kinda see D97 as a ‘tribe’!

Yes, as I think the end of my answer above alludes to. J

Yes! We are working on mew material and have been playing it live as much as possible lately. Things are on track for a new album in 2018. In the meantime, joining up at http://www.district97.net/insidethevaultclub is the best way to get sneak previews of new music, as well as other unreleased tracks from over the years.

Progressive music has a glorious past, a ‘healthy’ present - what about the future ?

Well, I must say a lot of that depends on the fans! As long as there are people out there ready and willing to support musicians playing progressive music, I think there will be those eager, inspired, and able to play it. 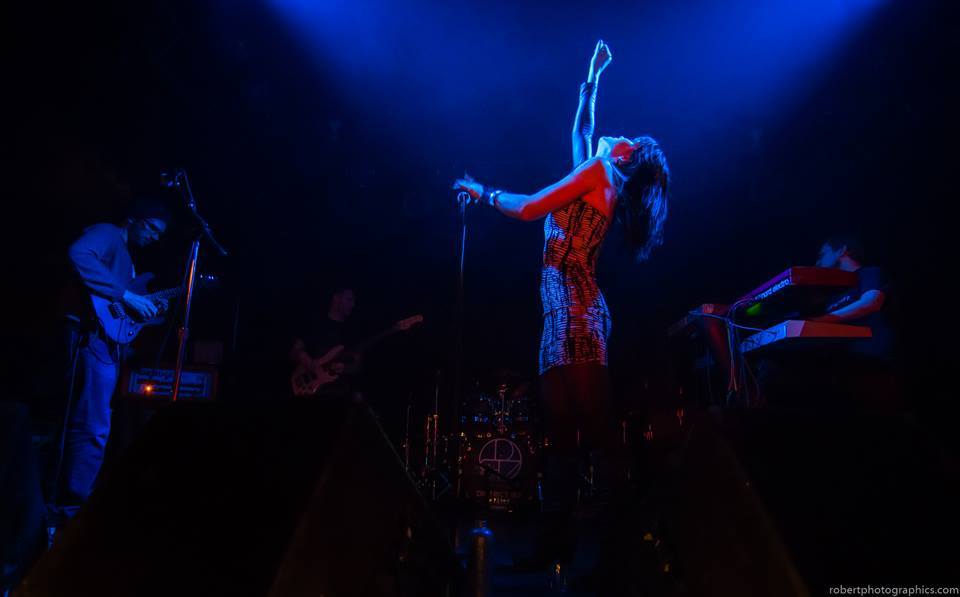 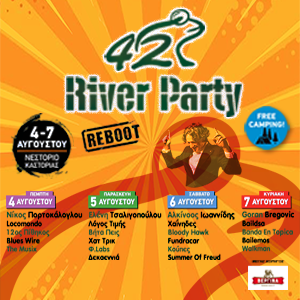