The brand-new album from the Swedish rockers H.E.A.T - 'Force Majeure' is available via earMusic since 5 August 2022 and RockOverdose had the chance to speak with Jona Tee - keyboardist & producer, on their new release as well as the bands' future plans.

RockOverdose: Welcome Jona! How are you? What’s going on for H.E.A.T. those days?

Jona Tee (H.E.A.T.): We released our new album “Force Majeure”' on August 5th and we’re super excited about that! We’re back on the road touring, after the pandemic so there’s a lot catchy up feeling as well! It’s really fun!

RockOverdose: What about your new album “Force Majeure”? Would you like to share with us some details regarding the recordings and how it was made in general?

Jona Tee (H.E.A.T.): Well, we produced it by ourselves and it was recorded here in Stockholm. It was like a natural process, a natural thing to do when Kenny re-joined the band, to start writing music. That' what we set out to do, the pandemic kind of forced that because we couldn't go on the road. So, that's how we started writing and that was the perfect way to intergrate Kenny into the band again, after his 10 years absence.

RockOverdose: So it was like both a restart and an evolution for the band! 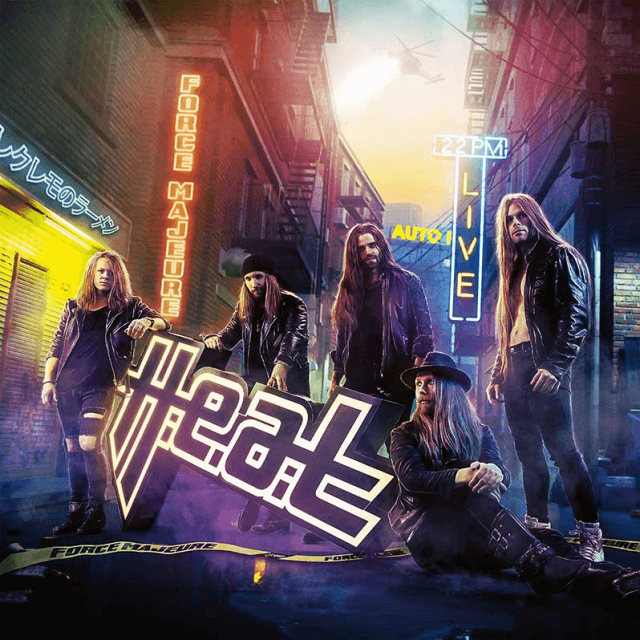 RockOverdose: Is anything different now that your original singer Kenny Leckremo is back or it feels like he never left the band?

Jona Tee (H.E.A.T.): Well, in the beginning it was a bit weird... it's like getting together with your ex-girlfriend, not in the same way but you have this short period in the beginning that you have to get to know each other again! Of course he's still the same person, but obviously is way more motivated - that's also one of the reasons why he left - So... now that we're back on the road, that we've the album, it feels really good!

RockOverdose: When Kenny left the band and Erik , get on board did you come in front of comments that we often hear e.g. HEAT without Kenny is not the same band etc and if yes, how do you managed to get of comments like that...?

Jona Tee (H.E.A.T.): Well, you know... we try to focus on making good music. It's all about in the end. If someone doubts us, this is getting us stronger! We just wanna keep making good music and I think we managed to do that, at least in our ears!

I think that's the best thing to do, in order to show them if they like it or not! Not everyone must like H.E.A.T. of course, Erik or Kenny ...Of course I don't know what they feel but from my point of view we just make good music and see what happens! 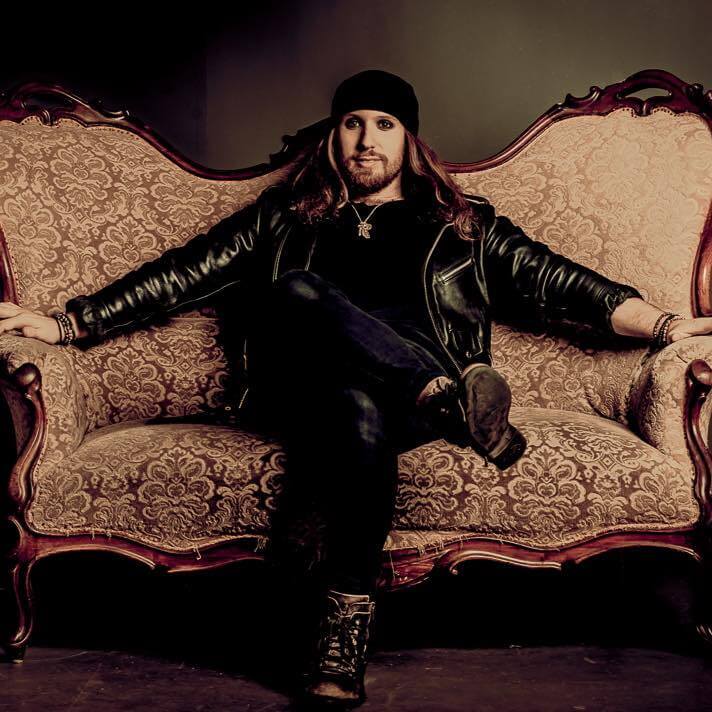 RockOverdose: Erik, left in 2020 after four albums with the band, and in 2022 he joined Skid Row. How do you comment on the fact that legendary bands of the past, like Skid Row, Journey and many more, continue creating new music with a completely different line up especially without founding members that were like a landmark…

Jona Tee (H.E.A.T.): Well, I guess is up to them! As I said, it's keeping up making good music. Skid Row had one of the best frontmen and singers and hopefully they're going to have a great future without Sebastian Bach.

RockOverdose: Being on the music business and after working with some of your childhood idols that maybe inspired you to create music and become who you are now, how do you feel? Is it as you had it in mind?

Jona Tee (H.E.A.T.): Well, we've played together with some of our idols... We;re going to open for TOTO in Helsinki, Finland - and that's really huge for us! A big thing! This band is an insiration for us and it's great to be in all these festivals and get to meet these people. It's very cool to be together and play in the same festival.

RockOverdose: You’re also a producer, is there any record you really admire and wish that you had produced?

Jona Tee (H.E.A.T.): I don't wish I had produced, but I really like how "Mutt" Lange made the Def Leppard - Hysteria album, it's so well produced, and also I like it when producers involve with the song writing, I like to do that as well, I get really inspired by that kind of work! Not only being an engineer but being part and work with the music, that's what's importand in the end I think. If the band doesn't have that quality within themselves. I mean, just pointing in one direction and being a part of everything. Definatelly, Hysteria I think is a very very well produced album that has some supercool ideas.

RockOverdose: The Scandinavian music industry is huge! What do you think is the secret formula? Of course, ABBA are the sparkle but is there some other support for the bands and artists, e.g. the government...

Jona Tee (H.E.A.T.): I guess, the government and the communities help, as we have rehearsal spaces for bands to play,  music schools... Of course it depends on where you live, in Stockholm there are a lot of opportunities for music. In Finland they have the most bands per capital, kids are growing up learning music. It's in our mentalite!

RockOverdose: On this album's artwork, I noticed that you've created a fictional city "The H.E.A.T. City"...  Some other bands have created their own festivals, e.g. Ozzfest, Sabaton Open Air, Knotfest... Have you ever thought to make something like that?

Jona Tee (H.E.A.T.): I think it's too much work! I don't think we have it in us for such plans. We love to play at festivals but it's a different thing to be a promoter and arrange that. It would be cool! There's a H.E.A.T. festival in the Netherlands, we've played twice but I don't know if it's still around. Maybe one day.. why not!? 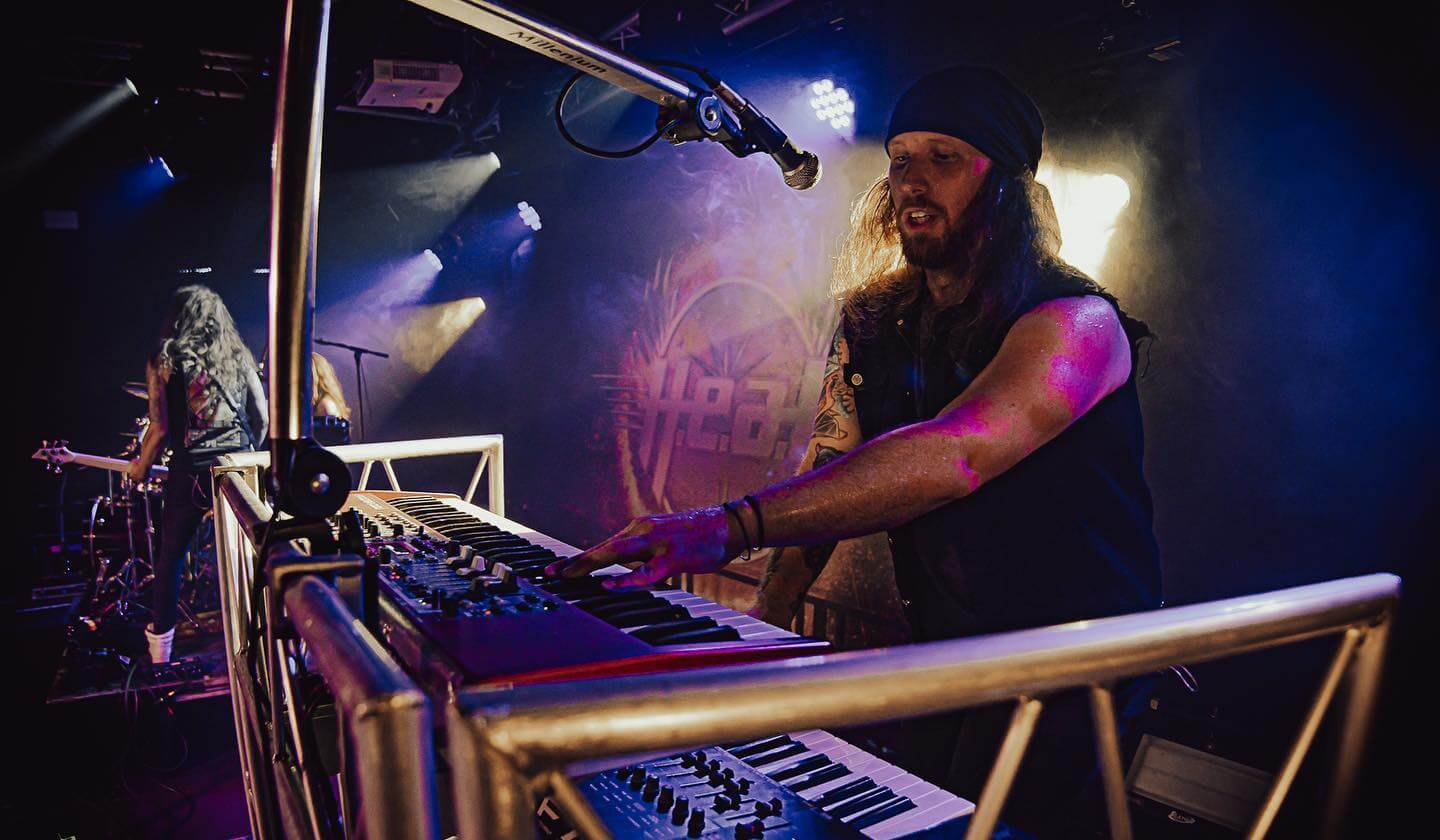 RockOverdose: H.E.A.T. competed for Sweden’s Eurovision qualifier event back in 2009. Since then the band has evolved enormously, but is there any chance to compete again for Eurovision? We recently saw The Rasmus, Hooverphonic there… I mean, why not?

Jona Tee (H.E.A.T.): Hmm .. I don't think so... It was fun, we gain a lot but I don't think we'll ever do it again. Some of us didn't want to do it in the first place but we did it. No regrets at all! We had fun as I said... there're so many competitions here in Sweden and we made it to the finals but I don't know if we'd do it again. However, never say never!

RockOverdose: Maybe after 20 years! Who knows?!

RockOverdose: What more does 2022 hold for you guys? (Pandemic-permitting… of course)

Jona Tee (H.E.A.T.): Absolutelly touring and of course releasing the album is the biggest thing. We're going to Australia for the first time. We already have stuff planned for 2023! Keep touring is what we love to do!

That's it! Thank you very  much for your time Jona! Hope to see you again soon! It's never enough to have you here in Greece! Would you like to send a message to your fans here?

Jona Tee (H.E.A.T.) : We love it there! It was awesome in Athens last time we've been there! We will come back soon! Hope you enjoy the album!