Kevin Goocher (OMEN) on Rock Overdose: “We are working on a new record & I pray that it doesn’t take 13 years to release it!”

We are very honored to present you  the interview that Kevin Goocher, the singer of the legendary band Omen, gave to Rock Overdose and to Konstantinos Sotirelis. Kevin talked about many issues, such as the band's latest album, about J.D. Kimball, Omen's previous album's and many more! Enjoy!

Rock Overdose: Hello Kevin, welcome to Rock Overdose. You start your European tour in 3 days, right? How do you feel?

Kevin: Yes, Three days and it’s on!!!  I am excited. I always get excited. Its not just about playing the music. It’s like a family reunion of sorts. You get to see your heavy metal family again, and everyone gets to celebrate the music together!!! It’s the greatest.

Rock Overdose: I think that you did some shows in US before. How was the feedback?

Kevin: It was a good reception. We played earlier in the year a slew of dates with our brothers, Helstar. Its always an honor to do so. Also, we just played Milwaukee Spring Bash last weekend. We headlined the Friday night and it was our first time to get to play that festival. We had a blast and the crowd was very receptive! I think there’s some youtube video of the show!!!

Rock Overdose: I guess that you play a lot of songs from the new album. How do the fans react to the new songs when they hear them live?

Kevin: We have only done a few songs from the new CD live and only because Omen fans expect to hear certain older songs in our set. We would never deny our fans! But, everyone has liked the new  songs. To me the real test is when I see audience members singing the words to the songs and they’ve known every word at every show so far!!!!! 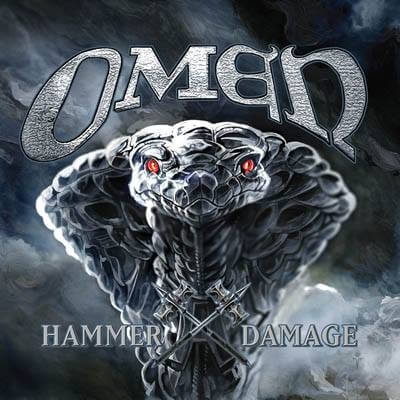 Rock Overdose: Do the fans prefer to listen to the classic songs from the first three albums?

Kevin: At this point I think the fans prefer the older songs and thats because they’ve known them for 30 years or more now. New songs just haven’t had the opportunity to become as important, but hopefully Omen fans will find new ones that speak to them in the same fashion as our classics. I was a fan of Omen long before i was ever in the band, so the early albums have a special place in my heart as a fan so I do understand this.  And now I get the honor of singing those songs live. With the new music, well its a pride of being a part of the creative force and getting to let people hear what you helped create for the first time that is exciting. I listen to both with equal preference and i hope everyone else does too!!!

Rock Overdose: Your last album “Hammer Damage” was released a year ago and I have to say that to me it feels like it is an album that states you are still here. What’s your opinion?

Kevin: I am in absolute agreement!!! The test of any band is the quality of your craftsmanship as a songwriter and as a performer. Hammer Damage is definitely an album full of great Omen songs. To me its the album that should have come right after The Curse. It just has that feel and styling!

Rock Overdose: How did the album come up? Can you describe these 13 years?

Kevin: Well, for me it was all a ‘Wam Bam Thank You Mam’, kind of process. I literally had 2 weeks to record all of my vocal parts and come up with some lyrics, not all the lyrics, but some.  Kenny however had to endure the torture of band members dropping off and finding the right personnel to record the record. He also, had to endure his recording studio being destroyed by storms not once but twice! And, after all that his recording computer dying on him making him have to start the recording process over yet a third time!!! Poor Kenny went through hell to get the record out. My part was a mere 2 weeks. But, in the end its all worth it!!!

Rock Overdose: One of the songs that gained my attention from the new album is “Hellas”. Do you want to tell us a few things about the lyrics?

Kevin: Yes, this song is a tribute to one of our favorite countries and countrymen, Greece! From the very first time Kenny and I played in Athens we both have felt a kinship with Greece and the Greek people. it almost feels like we lived there before in a previous life or something. It’s that strong! So, Kenny came up with a great song and most of the lyrics are his too! But, I think it truly represents the way we feel about Greece! 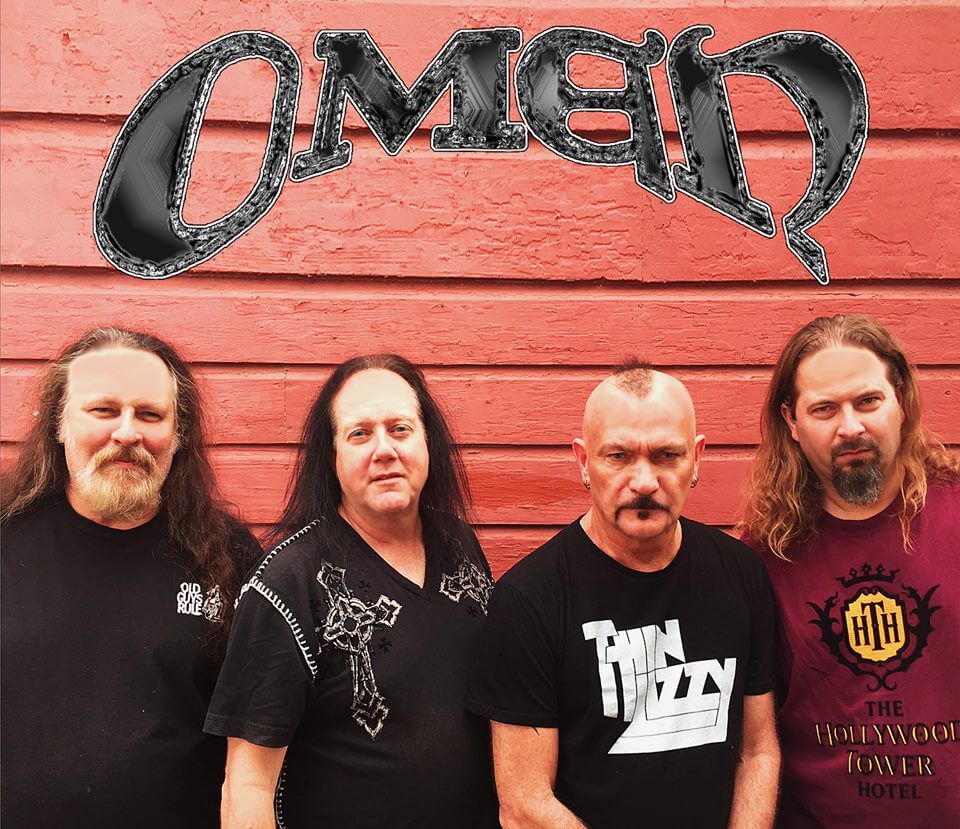 Rock Overdose: Is the lyric “A million years since my first Battle Cry” a reference to Omen’s first album?

Kevin: Of course!!! Like i said before, I was a fan long before being in the band so that is a definite reference to the first Omen album. Also, being that the new record, Hammer Damage was so much in the spirit of the first three Omen albums it was like a flashback in a way and it felt like a second wind, the next Battle Cry, but all brand new at the same time! At least for me.

Rock Overdose: Talking about Hellas, how do you feel about coming in Greece in May?

Kevin: Ahhh! A return back to our home away from home! We get to play music. We get to see good friends and hopefully make some new ones!!! I can’t freaking wait!!!!

Rock Overdose: What’s your opinion about the fans here and what should we expect to see?

Kevin: Well, I love coming to Europe as a whole. I think the Omen fans in Europe respect the old school bands like Omen immensely and we feel that every time we cross the seas to play here. Thats what keeps us doing it. Its not like we’re Iron Maiden (which I love) and we are making millions of dollars by putting out albums and touring! We do it because we love it and we love coming here. Omen fans should expect to see probably the most musical line-up the band has ever had. Besides Kenny and myself, we now have, on bass guitar, Roger Sisson. Roger goes way back with Kenny. They started playing music together when the were still in High School. As a matter of fact, Roger helped write many of the riffs that later turned into songs on the album, Battle Cry. Sadly, when it was time for Kenny, Steve and Jody to head to Los Angeles to greet their fortune, life had other plans for Roger. But, its like Omen has the Original original bass player in the band now. And, on drums we have Reece Stanley! For those who don’t know Reece and I played together in Phantom-X.  I’ve had the honor of recording a couple of albums with him and gotten to do numerous tours with him. He is a powerhouse drummer and i’m so looking forward to doing more of each with both of these guys!!!!

Rock Overdose: Omen’s first three albums are some of the most important heavy metal albums in my opinion, having influenced many bands, especially the power metal bands. How do you feel about being a member of this band?

Kevin: Are you kidding?? It’s an honor! I always consider myself lucky to get to sing these songs and be a part of the Omen legacy. And, to also get to be a part of what is next for Omen. More greatness awaits. 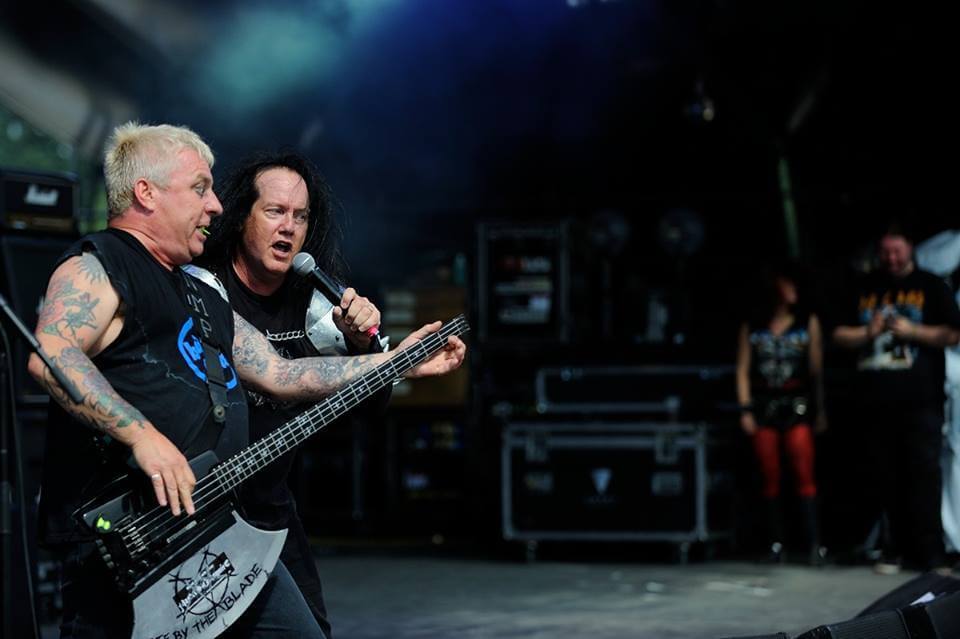 Rock Overdose: Can you remember the days that you first got in the band? How were the things back then?

Kevin: It was different for me in 1999 when I first joined Omen than it is now for sure. The comparisons to J.D. Kimball were intense to say the least. But, it’s not like I didn’t expect it. I also, have always understood that the true Omen fans revere J.D, as do i. And, the music has to be right.

Rock Overdose: Is it easy for you to be compared with J.D. Kimball all these years?

Kevin: The comparisons now are much less intense. They will always be there. But, hopefully everyone understands that I am a fan of J.D’s work as much as they are and that my intention is to always keep the spirit of J.D. in Omen’s music. Of course be myself, but also carry on the tradition that he started.

Rock Overdose: Do you think that the band’s reputation should be bigger, comparing to the legacy and history the band has?

Kevin: Absolutely i do! Even at our age, Omen is a killer force to be reconed with. I think that we are performing live at our highest degree ever, we are writing some of the best songs ever and why Omen is not on the level as Judas Priest, Iron Maiden, Metallica and others eluded me. But, it doesn’t mean that we don’t appreciate where we are. I know tons of other bands that would love to be in our position! But, at the same time I am ambitious and always want more! LOL! 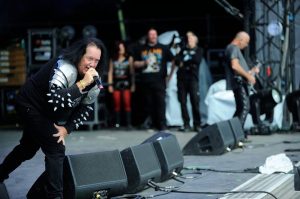 Rock Overdose: Do you write new material? Will we see a new album in the future and if yes, will it take so many years as the “Hammer Damage”?

Kevin: Yes, more is coming. We actually have a new song being released for download Thursday, April 27th on iTunes, Amazon and all other outlets. The song is called, “Up From The Deep” and will be a split single released on vinyl with our Greek brothers, Battleroar. Their song, Stronghold will be on one side and ours on the other. The vinyl will be available through Cruz Del Sur music as well as can be purchased while we are on tour through us or of course for all who want it immediately it can be downloaded as of this Thursday. We are working on a new record and if the new single is any indication of the future songs Omen fans are gonna love it!!! I pray that it doesn’t take 13 years to release the next Omen CD and I don’t think it will but, sometime it can be a bit out of your control like with Hammer Damage! Stay tuned, we are working on it!!!!
Rock Overdose: Thank you so much for this interview. It was a great honor for me. Please, close this interview with a message to your Greek fans.

Kevin: Thank you brother for including Omen. Its always an honor and a pleasure and we greatly appreciate all the media outlets that include us. To our Greek fans…we love you and can’t wait to see you May 13th in Thessaloniki at 8 Ball and May 14th in Athens at AN Club!!!! Tell all your friends and let have a great metal celebration. 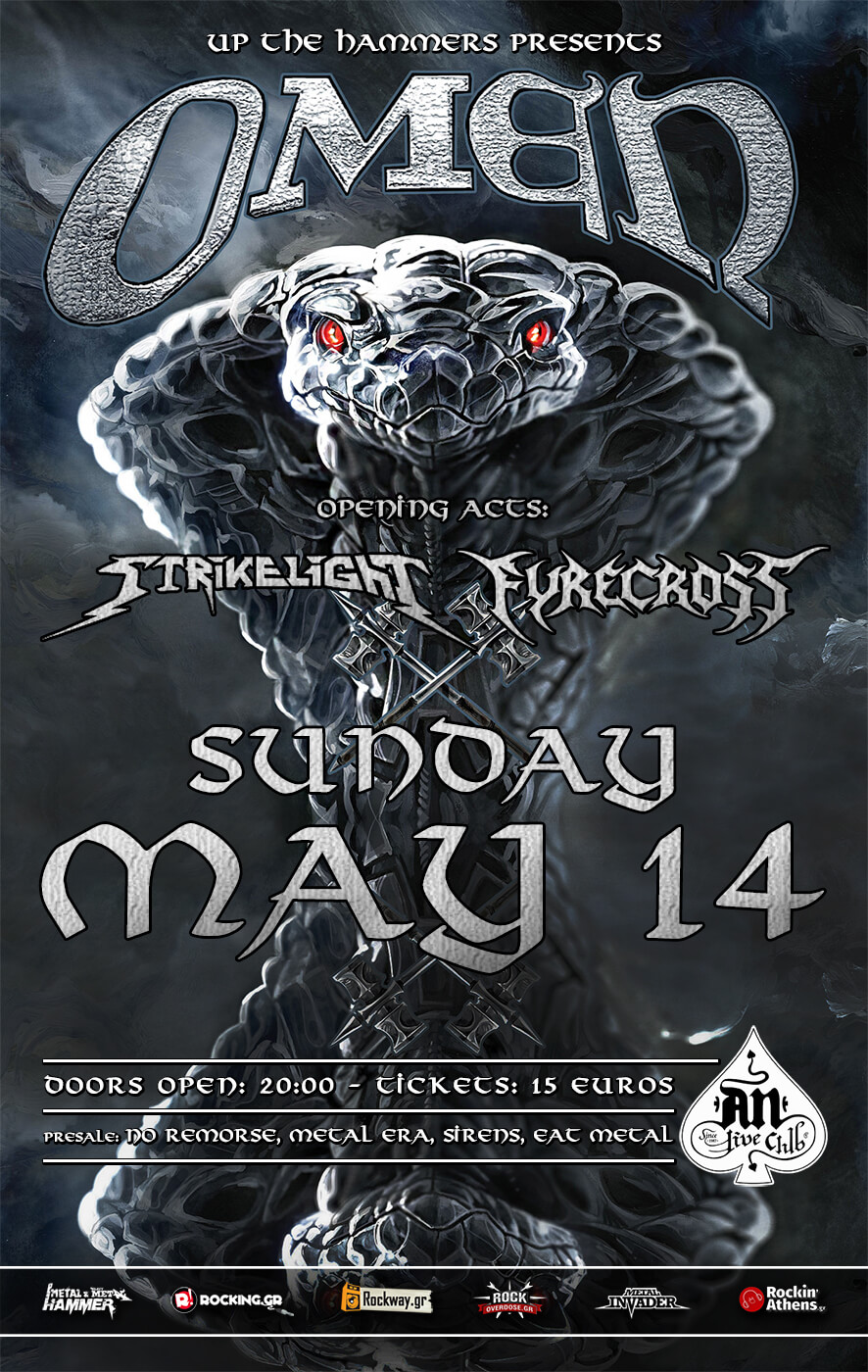