PAUL DI ANNO on RockOverdose: “Bruce and I are two different singers, but we all belong to the Iron Maiden family.”

Paul Di Anno is coming back on stage for 2 exclusive shows in Athens & Thessaloniki and Maiden-maniacs around Greece are more than excited as he will not only sing songs from the first two IM LP's but by his side will have Greece's metal hero GUS G., who will play Iron Maiden songs for the first time live!

Paul Di Anno is getting stronger by the love of his fans as he told us and he's ready to come back on stage in full force soon. Read our short conversation below and get ready for a once in a lifetime concert experience that we will remember for a long time!

RockOverdose: Hello Paul! Welcome to RockOverdose Greece! We’re very glad to have you! How is your health? Do you feel any better? What do the doctors say about your recovery?

RockOverdose: Well, I'm getting better. Most of the main surgery is done so I'm quite happy, it's got a lot of work to do. I'm better than I was before.

RockOverdose: I’m sure there have been times that you may wanted to give up. But I’m glad to see you healthier and in good spirit! What gives you strength? What forced you not to give up this battle of yours?

PAUL DI ANNO: Family, music, the fans ... Everything give me strenght to carry on. Everything! It took me several years to get myself fixed up! Now I'm in Croatia, I have fantastic doctors and support.

RockOverdose: It seems that a new era is ahead for you. Last month you did your 2nd performance in 7 years at the 'Keep it True Festival”! How was it, being on stage after all these that you’ve gone through? What’s the feedback from there?

PAUL DI ANNO: Yes! It was the 2nd one! The first was in Croatia, a free show to say thank you to my very supportive fans here in Croatia. Then we did a show in Keep It True. It was absolutely fantastic. Oh my God!  I couldnt believe it, we also did a live streaming during the show, we had many hits on there smth like a million hits on there Saxon got about 70 thousand .... No rehearshal and the crowd was amazing. It was fun! We slayed them!

RockOverdose: 40+ years after their release, the first albums of Iron Maiden are still growing up new metalheads around the world. When you first sang those songs did you ever thought that they will last in time? Why do you think this happened?

PAUL DI ANNO: No not at all. It's fantastic that the songs stayed in peoples minds for so long. It's pretty awesome actually. It may be quite difficult for me sometimes while trying to make new music out but some promoters around the world just want me to do the old stuff and I just mixed some old and new stuff together. But I wont be doing this next year with the new stuff that's coming up next year.

RockOverdose: That's great! Would you like to tell us more about the new stuff?

PAUL DI ANNO: Well, I got a new project here in Croatia with two quitar players and we released a song for Ukraine, it's called "Stop The War" and the band it's called Warforce. We have 3 tracks so far and towards Christmas time we're heading down to the studio and work on a few more songs and stuff. 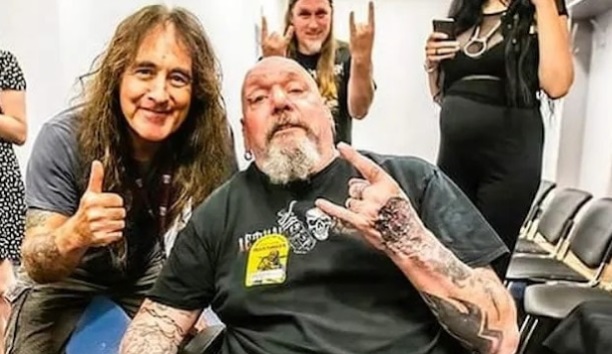 RockOverdose: Last summer, you met Steve Harris face-to-face after many years and see your former band performing; we would like to hear how did you felt after this meeting? Also, what about Bruce?

PAUL DI ANNO: It was great. We're in contact but we've just haven't seen each other with all these back and forwards all the time. It was really great for me personally to see him and Rod, after a long time.

Bruce and I are two different singers, but we all belong to the Iron Maiden family.

PAUL DI ANNO: Yeah, I'm looking forward to see them too! These shows are Iron Maiden based only, so I'll try to get back in, because I have been 7 years out of music, not of my choice but it's been very difficult. What a great honor for me to be with Gus G., it's gonna be awesome, it's gonna be scary but we're going to have fun at the same time. Any excuse for me to come back to Greece is great!

RockOverdose: Are you familiar with Gus G.’s work? He’s an amazing guitarist and it would be very interesting to see him play the Iron Maiden songs along with you!

PAUL DI ANNO: Yes of course I am! We know each other. We've met a couple of times. It's good that we're reconnecting again. 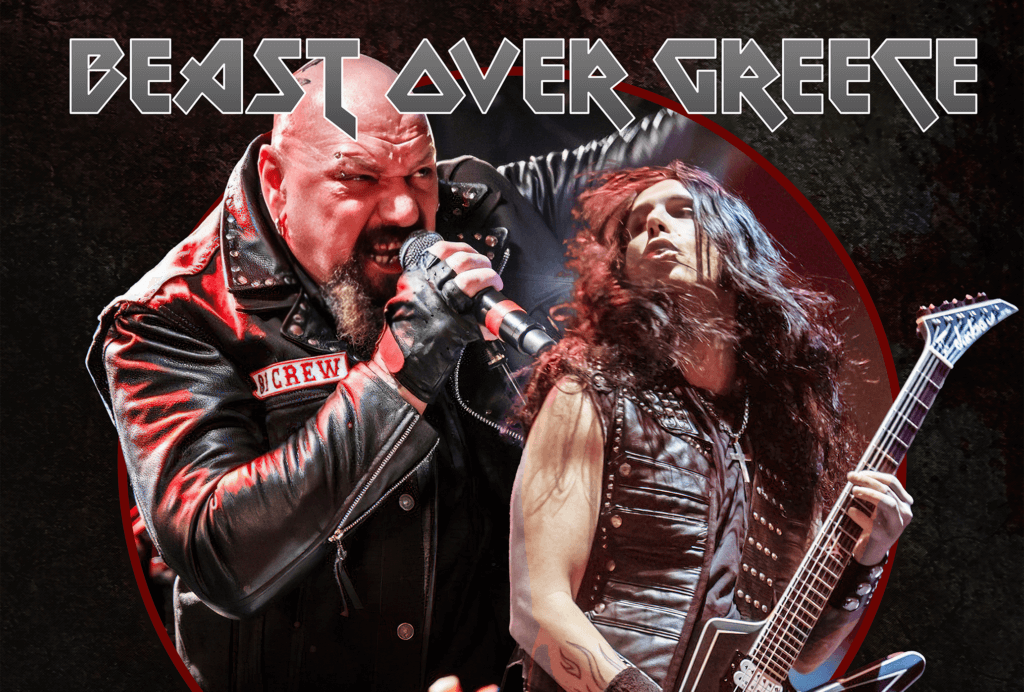 RockOverdose:  What are your memories from Greece?

PAUL DI ANNO: Theres a fantastic crowd in Greece, I have to say. I love your country, it's a wonderful place, with nice and calm people.

RockOverdose: Send a message to the fans planning to attend your shows.

PAUL DI ANNO: Hello everybody and all my great fans, I'm really looking forward to come and see you! I'll do the best I can. Thank for your overwelming kindness. I love you all - Take care. Ya mas!