It's very difficult to write an introduction about a musician like Roger Glover. There is no doubt that he is a living legend who has been connected with the great success of Deep Purple and Rainbow. His music career is admirable and even now that he is 71 years old, he still writes music with Deep Purple and he is touring the world continuously. So we are very glad to present you the interview that Roger gave to Rock Overdose and Konstantinos Sotirelis. So, let's stop talking and enjoy his words!

Deep Purple: [Laughs] The camp, yeah! It’s going well. We’ve had some really good gigs. We’ve been on tour, now, for – I don’t know – just two weeks, or something like that, and… yeah, settling into place.

Rock Overdose: What’s the feedback on the tour so far and how do the fans react to the new songs?

Deep Purple: Well, the feedback on the tour really comes from the audience. You know, you see the old review, or something like that; I don’t pay much attention. The feeling from the audience is great!

Rock Overdose: Your latest album, called “InFinite”, was released about a month ago. What’s the feedback from the fans? How did they react to these new songs? And how do you feel about releasing this album? 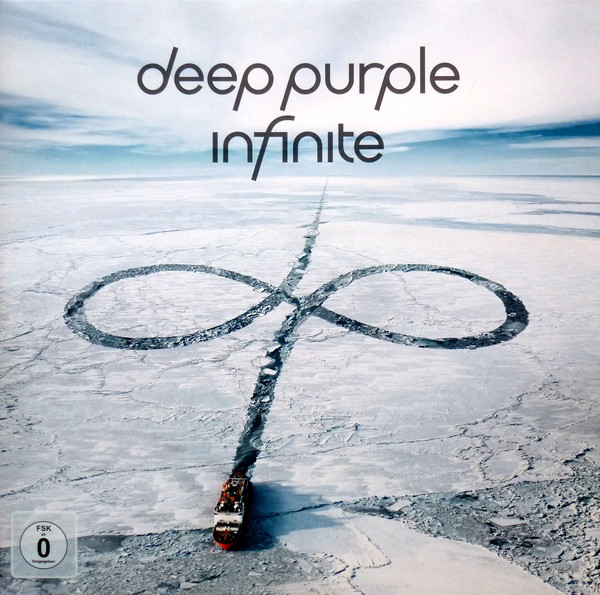 Rock Overdose: How do you feel about releasing this album after four years?

Deep Purple: Well, actually, it would have been nice if it were a bit sooner. I think it could have been ready in three years. But things happened on our tour and, by the time we finished… We finished, actually, quite early, but the record company decided to hold it back because they figured that… I guess, I don’t know but I’m talking about it… I guess releasing it on Christmas is not a good idea. We put it off and released it this year. So, it’s up to them. Thing is, we make the music; we’re not interested in getting it sold. That’s their job.

Rock Overdose: I see… I’ve read in an interview Gillan gave saying that Deep Purple is primarily an instrumental band who jam a lot. So, can you describe to us how you write new material?

So, nothing’s changed, really; that’s the way we play. Because, I guess, the instrumental core in the band is so strong. You know, in the early days, you had Ritchie Blackmore, Jon Lord, Ian Paice… All of them stellar musicians. It’s not, like, an average band where you have a song with four or five chords; it’s much deeper than that. We don’t write the songs and then play them; it has to come from the music first.

Deep Purple: And that’s the way it still is. It’s still that way – it just seems natural to us.

Rock Overdose: I would like you to talk about two titles. The first one is the album title. Why did you choose this for the album and what do you want to state with the “InFinite”?

Deep Purple: Um, the title actually came from the record company. We are very fortunate; we have a record company that really believes in us. We came up with “Now What?!” (2013) and the symbol, and they liked that symbol – the question mark and the exclamation mark – and they wanted another very simple, straightforward, easily recognizable symbol. And, then, it was they that suggested the symbol for infinity, which is a sort of a sideways eight, and…

It’s actually a pretty strong symbol. ‘Yeah, OK. Let’s go with that’… And, then, they said, ‘We actually want to call the album “InFinite”’, and, ‘Uh, OK!’… We didn’t have an alternative title, so we went along with them. And they believed in it so much, and they produced such great artwork! You know, how could we say no? Why would we say no? You know… They were doing their job.

Deep Purple: It says a lot, but it doesn’t say anything. We like that kind of mystery anyway.

Rock Overdose: Yeah, I agree! It sounds like a good title to me. The second one I would like you to talk about is the title of the tour, The Long Goodbye Tour. Does this mean that you are doing a very big tour and, after that, it is the end for the band or for the big tours, or something like that?

So, we’d rather just do a tour and keep on touring until it becomes necessary to end. Maybe for physical reasons, maybe for mental reasons, maybe someone runs out of gas… I don’t know. We can’t really bring ourselves to plan that yet, but we know it’s going to happen. So, we’re sort of making sure that we and everyone knows that we are not going to be around forever. That’s it, that’s the way it is!

Rock Overdose: How do you feel about this – knowing that you, that the band will have an end soon?

Deep Purple: Well, very sad, actually! Deep Purple has been part of my life… Well, the biggest part of my life, uh, in music. So, I know that, if I wasn’t in Deep Purple, there’d be a massive void in my life, a big space. I mean, it’s not that I will stop making music; I always make music, because I love music!

But, as a band, as a collective, I did spend such force in my life I can’t imagine what life would have been without it, and I’m not looking forward to that. It will happen and I will adjust to it. You know, life is not… If life was easy… [Laughs]

Rock Overdose: Have you ever thought about your future without Deep Purple?

Deep Purple: Yeah, I’ve thought about it… I don’t know what to think, really. I will always make music in some way, shape or form, so that’s a certainty. I’m a songwriter by heart, not by trade, and I always find something to write about. And, so… You know… Life won’t end after Deep Purple; Deep Purple life will end after Deep Purple. Rock Overdose: I see… A few months ago, Black Sabbath gave their last show. Do you think that this was actually their last show or that they will reunite someday?

Deep Purple: Well, they’re a different band to us. They have a different work ethic. First of all, we tour all the time. We’ve done nothing but tour for the last, nearly, fifty years – well, apart from our obvious break. But when we tour, we tour. It doesn’t matter if there’s an album out or not. We’re a touring band. Black Sabbath aren’t a touring band – they tour sometimes.

So, maybe it’s easier to them to come to that conclusion, and you don’t know what’s happening behind the scenes medically – you know, health-wise – with them. So, I don’t know their motive – and stuff – for doing that. You can’t really compare them to us in that respect.

Rock Overdose: You know, it’s really difficult for me to imagine a world without Black Sabbath or Deep Purple. How do you see the future of rock, now that many of the masterminds are old and, sooner or later, they will retire from music?

Rock Overdose: Are there any rock bands that will be able to become so huge like Deep Purple or Black Sabbath?

Deep Purple: I’ve no idea… That really depends on the structure of the public, on the way music is delivered and paid for… But the problem right now is that the young bands showing up don’t have many places to play. When we were growing up, from school through college and to the early professional years, we played four, five, six gigs a week. And that’s how you learn! You learn by playing, and it’s difficult to do that when there’s no places to play. It’s…

The public’s appetite for music has diminished a lot. It’s now lots of… Before, back in the ‘60s, there was either music or sport; you were either into sport or music - football or any other sport, um, and music. And they were both kind of religions in their way, while now it’s just this whole different thing. Sport has become a multi-billion-dollar industry and music had just become one of several things for people to do, with the internet, games and social media… Their lives are full of other stuff and there are still only twenty-four hours in a day. So, music’s kind of taken a backseat, compared to what it was thirty, forty years ago. 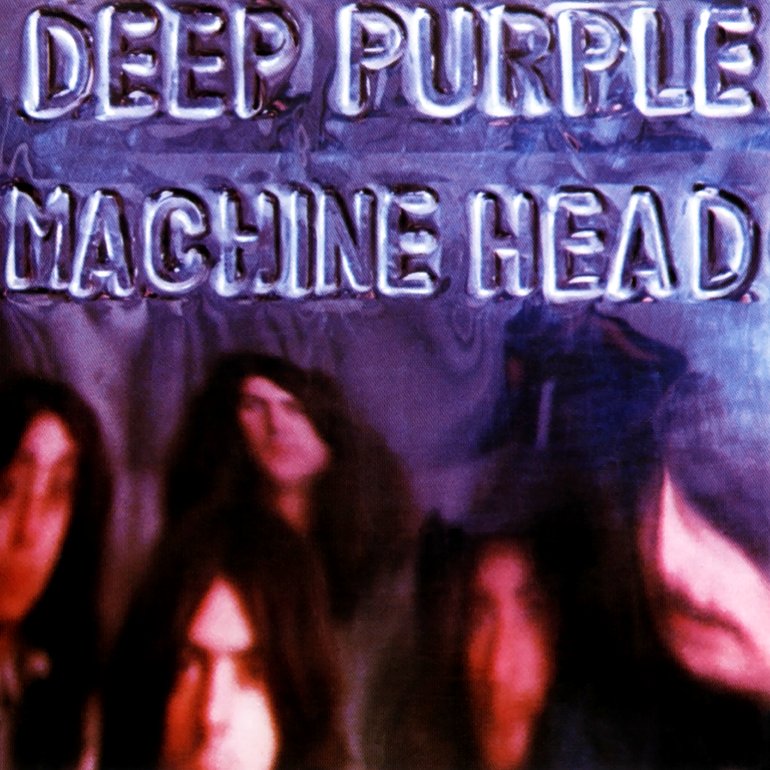 Rock Overdose: And the sales are not so high as [in] the previous years because of the downloading, I think…

Deep Purple: Yeah… And I also think that the tribute bands will help a lot. You know, there are lots of tribute bands going around for Pink Floyd and Led Zeppelin, and Deep Purple and Sabbath and AC/DC… There’s a whole lot of those tribute bands. And when an era of music dies out and we’re all gone – say, in thirty, forty years time –, there will still be tribute bands playing what we did. I think those are, kind of, a musical explosion in the ‘60s and ‘70s that hasn’t died down yet. It’s still there…

Rock Overdose: I hope that it never dies!

Deep Purple: [Laughs] Me too! And I don’t think it will, because it’s very expressive music. It can contain jazz and blues, and classical music, and pop… You know? It contains all those elements and, therefore, I think it’s kind of a universal music and, in some ways, it will never die. It was in the underground music in the ‘60s and ‘70s and it became – certainly by 1970 – the establishment music. 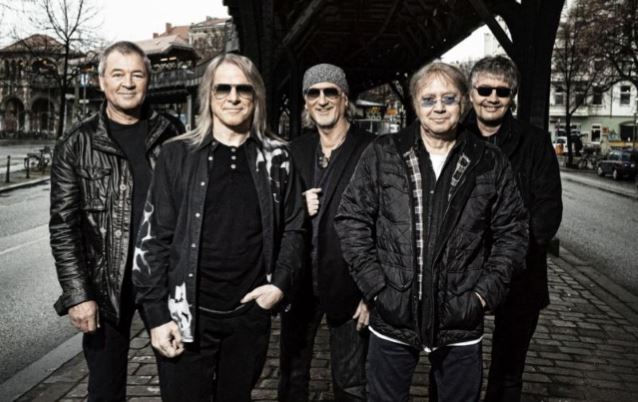 Rock Overdose: Your career is very admirable. You have played with a lot of rock legends. How do you feel about working with all of them, including your band mates in Deep Purple?

Deep Purple: It’s a privilege to play with great players, yes it is! I think, in my early days, we used to learn songs and play them. And we were beginn… We were amateurs and we learned the hard way if you’d like. But when you come up against… I remember the first time I joined Deep Purple and I heard Jon Lord and Ritchie Blackmore and Ian Paice play, I was absolutely stunned by their level of proficiency!

Rock Overdose: If you could stand out the best moment or era of your career, which would that be? 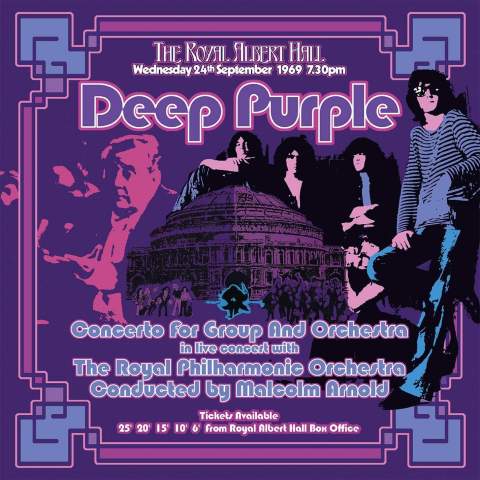 Rock Overdose: Thank you very much for this interview! It was a great honor for me!

Rock Overdose: Can you close this interview with a message to the Greek fans?

Deep Purple: Well, every time we came to Greece, we had the most amazing reception! The Greek fans are very emotional and very loud! That’s always great. Going out to a crowd of quiet people is not a great experience for us, but, when you go out in front of an enthusiastic crowd like that, it fuels the band. You know, you play differently when you go out to a crowd like that. So, yes, I’ve always had a great time in Greece; I love it!

Rock Overdose: I hope you’ll come back in Greece soon!

Rock Overdose: Great! Thank you very much! I hope you have a great tour!

For the Rock Overdose Webzine,