WEIGHT OF EMPTINESS on Rock Overdose:

We are very happy to present you the interview that Alejandro Ruiz, singer of Weight Of Emptiness, gave to Rock Overdose!

Rock Overdose: How is it going on the band’s side these days?

Alejandro: First of all, to greet and thank Rock Overdose for the space they give us and to make our music known all over the world. As for the band we are in a very good moment, very motivated and energetically preparing new material for our second album and ending the cycle of our debut album with a new video that will be released soon.

Rock Overdose: Your debut album called “"Anfractuous Moments For Redemption" was released on 2017 independently, but I think that on 2018 two labels re-released it. The Concreto Records and the Sun Empire Productions. Am I right? What happened?

Alejandro: The truth has been a wonderful experience to have joined with the guys and make an album and that in such a short time things have been so good, because the public has received our music very well both in our country (Chile) and in other countries of Latin America and Europe which led us precisely to tour in Mexico last year and to have direct contact with the people of Concreto Records, who loved our music, so negotiations were generated with them so that in conjunction with Sun Empire Productions , will release  an edition of "Anfractuous Moments for Redemption" our debut album, in Mexico.

At the beginning we released the album independently, because here in Latin America it is very difficult to edit your material unlike Europe, since there is no real music market. There are many fans but with that I think it is not enough to finally make a music industry to support your work and take out your albums.

Rock Overdose: How do you feel about this release and what’s the feedback so far?

Alejandro: We are very satisfied with the result. Concreto Records and Sun Empire Productions has been a very strong support in terms of distribution of our material, people have received quite well both editions so we are very happy with that. 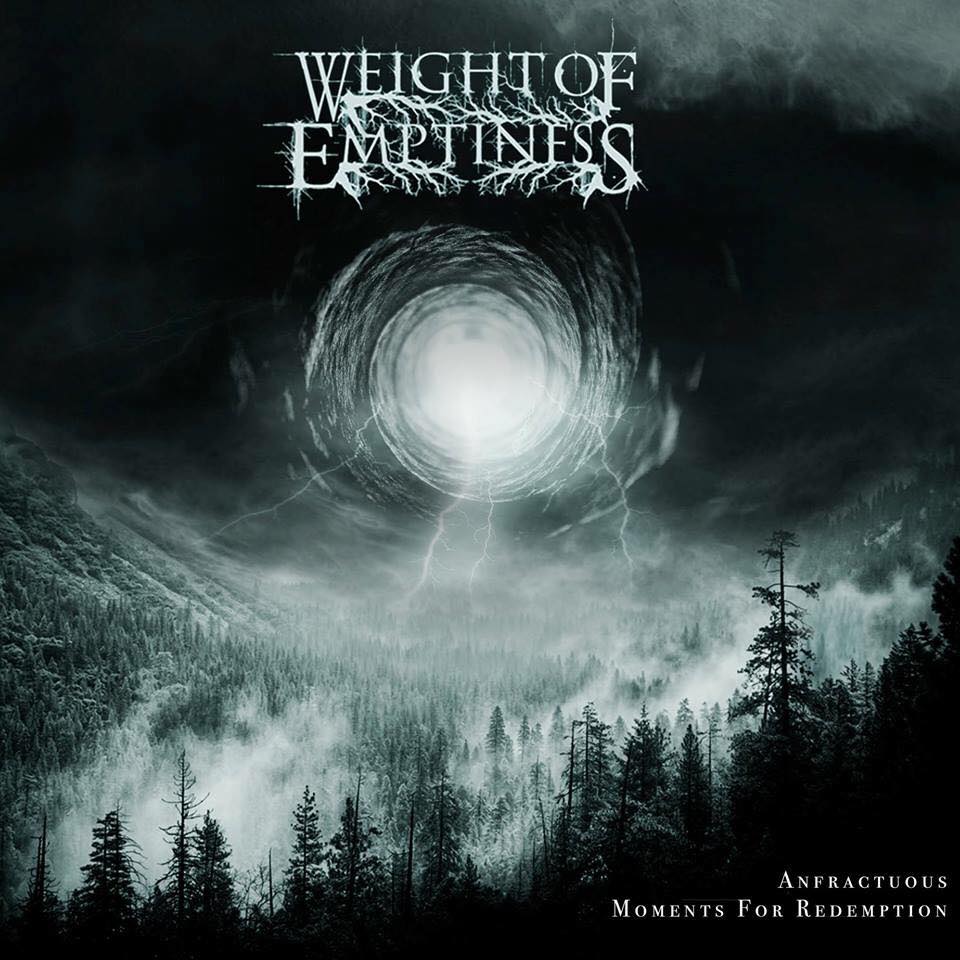 Rock Overdose: You did a tour in 2017, visiting some Mexico cities, so as to promote the album. Is it easy for a new band to tour? Which was the feedback?

Alejandro: Yes, we actually toured Mexico last year and in a very special moment since we were in the celebration of "Día de Muertos" (Day of the Dead), so everyone was painted as  Catrín, skulls, the streets were full of altars to the ancestors, it was a very good experience knowing their culture.

As for the tour, I do not think it has to do with whether you're a new band or not, I think if you decide to do it, the problem is mainly to organize it well. In that sense we are novices in this, because although we are musicians who have played for several years, we had never left the country (Chile) to do a tour, so it was new for us and very enriching, I think we finally learned a lot of things that we should and should not do for a future tour. People should imagine that the tours are just drinking beer and partying all the time, but the truth is a very exhausting process and you must be very professional to handle it otherwise you can easily fail. As for the response from the audience, it was an excellent reception, they loved the band and they also appreciated the fact that we were very close with the audience.

Rock Overdose: The album was nominated at "Escuchar Awards", as the best Extreme Metal Album. How does it feel to have such a big success on your debut?

Alejandro: Great, it's very rewarding as a musician that this kind of thing happens because as I said before, here in Chile (or in Latin America in general) there is no music market, so your retributions for taking an album are not of the type "... great we sold thousands of copies of the album and we have enough money with that ..." Here finally what matters is that people like your music and in instances like these is reflected that, we become a band that has things to say and people are attentive to our steps and that I think is the point to have been nominated to the "Escuchar Awards". Well we do not win jajajajajja, but we were very satisfied with the nomination to be a debut album.

Rock Overdose: Despite the fact that you are a death metal band, there are a lot of progressive elements and doom influences, even some clean vocals that add a great melodic sound and atmosphere on your music. Does it occur purposely or it came naturally?

Alejandro: Both, it is intentional the fact that we know we want to make a mix of things, but it is also because I know who I am playing with and they are musicians who never stop looking for new musical horizons, they are restless people in that sense, so the style finally they go sooooo natural.

As for the varied styles, although we are metalheads, we are also people who listen to different styles of music and we do not close ourselves to listen to whatever we like, that is why we add so many elements to our music, but that it is always loaded of a lot of feeling. Personally I do not give a shit if the one next door likes what I hear or not, if I like it I listen to it.

Rock Overdose: What are your influences?

Alejandro: As I mentioned before, my forte is extreme metal, I love black and death metal in general ... Morbid Angel, Behemoth, Emperor, Zyklon, Moonspell, Nile, Dodheimsgard, Septicflesh, Rotting Christ, At the Gates, Myrkskog, Monstrosity and a long etc ... but when I started in this, I started listening to Iron Maiden who until today I am a diehard fan ... besides that I can listen perfectly Pink Floyd, King Crimson, Camel or something from Jazz Fusion like Tim Miller or Allan Holdsworth and end the day with Soda Stereo or Dead Can Dance, I really like the music in its generality. 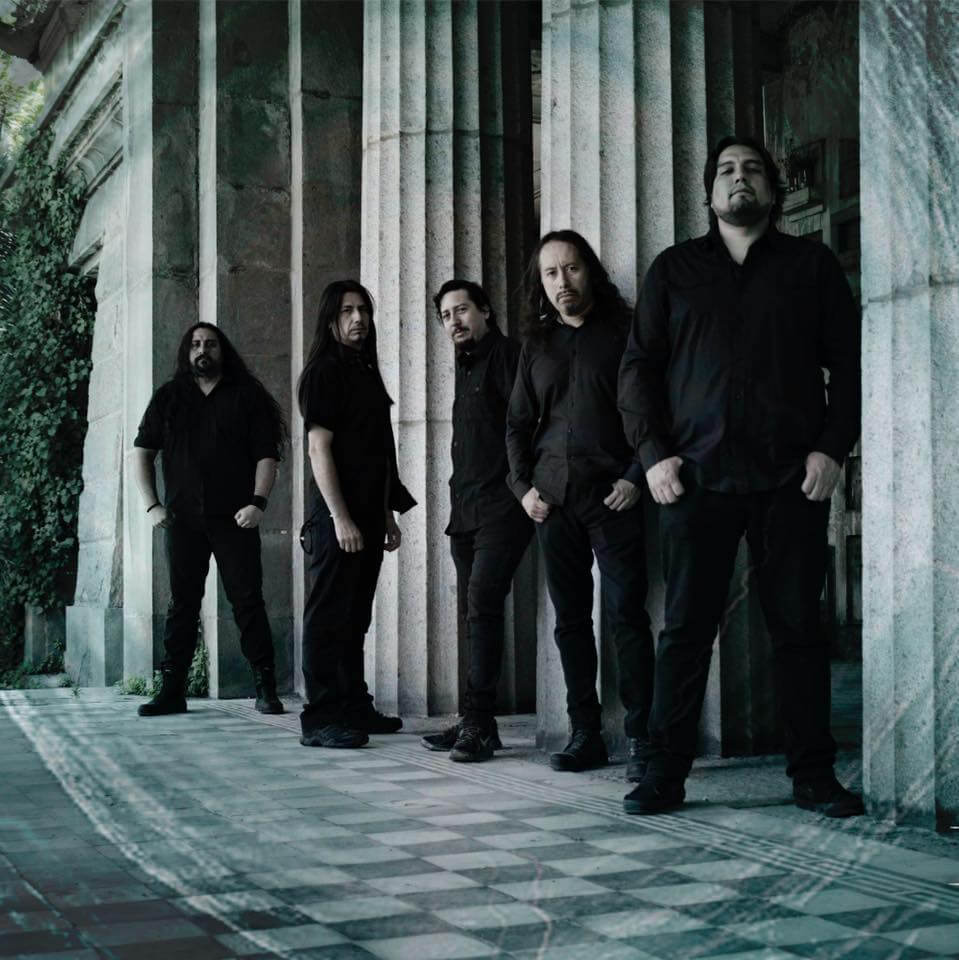 Rock Overdose: What are the lyrics about on this album?

Alejandro: In "Anfractuos Moments for Redemption", the lyrics speak of internal processes and introspections and experiences that become a difficult path of ascension as human beings, understanding that life is not easy, that sometimes it is very hard and there are several factors , as the powers of fact, depression, death, etc. That influence our goals and happiness, but we must stay strong before them to find the light. I think the cover reflects very well the essence of the album, we have to cross a dense forest to find light, it is not a redemption into the eyes of some power or "God", but it is an inner and proper redemption.

Rock Overdose: Do you have any new material? What are your next plans?

Alejandro: Yes, we are already composing new material for the next album, which comes much faster, dark and heavy and at the same time with much deeper and experimental sensations, but without losing the essence of the band that is the most important. I think it's a natural evolution of our music and it will leave all our fans very satisfied. The lyrics will be focused on the domain of our reality and our world, on how we handle our experiences and situations and how we break the chains of perception and become stronger.

To that we add that we recently finished the filming of a new video clip for the song "Unbreakable", which in our opinion, is excellent and with which the promotion of "Anfractuous Moments For Redemption" will be terminated.

Rock Overdose: Are there any plans for a new tour?

Alejandro: We want to finish the demos of the new songs to enter the studio in summer of this hemisphere and have the album ready by mid 2019 and be able to promote it around the world. I understand that there are plans to go through some countries in Europe and Latin America, but that will be confirmed later and as we become clear about these dates. If I were you, I would start to cool the beers for a future visit from us hahahahah.

Rock Overdose: Thank you for this interview, the last word is yours.

Alejandro: Thank Rock Overdose for the space and tell all the people who listen to our music to stay brutal !!!