Justin Broadrick (GODFLESH) on Rock Overdose: “The new album encompasses all the sides of Godflesh”

On the occasion of the first ever Godflesh visit in Greece, after almost 30 years, Rock Overdose had the chance to talk with Justin Broadrick, in an very exclusive interview. Without having much time and with the new Godflesh album ''Post Self'' ready to be released in less than a month, Justin was kind enough to answer our questions and gives great details for past and present issues, since he doesn't make interviews very often the latest years, we'd like to thank him deeply for this honor. Read and learn why Godflesh are one of the greatest bands in history and why Justin is a real value as a musician and even more as a person!

Rock Overdose: First of all, let me express my gratitude for everything you've done so far with music. It is a great honor to talk to you, a dream coming true. Which are your latest actions at the moment?

Justin: Thank you for your kind words!

At the moment i am promoting the new Godflesh LP, “Post Self” and the new JK Flesh EP, “Exit Stance” on downwards. Plus recording a new JK Flesh album, doing many remixes, and about to begin recording the new jesu album!

Rock Overdose: The interview takes place a little before we'll see you for the very first time in Greece. A long wait that will be finally fulfilled. Did you have other offers for a gig in the past and what should the Greek fans wait from your performance?

Justin: Yes, it’s ridiculous that it has taken so long for Godflesh to perform in Greece!

I think it’s because we didn’t exist for over 8 years did not help this situation! 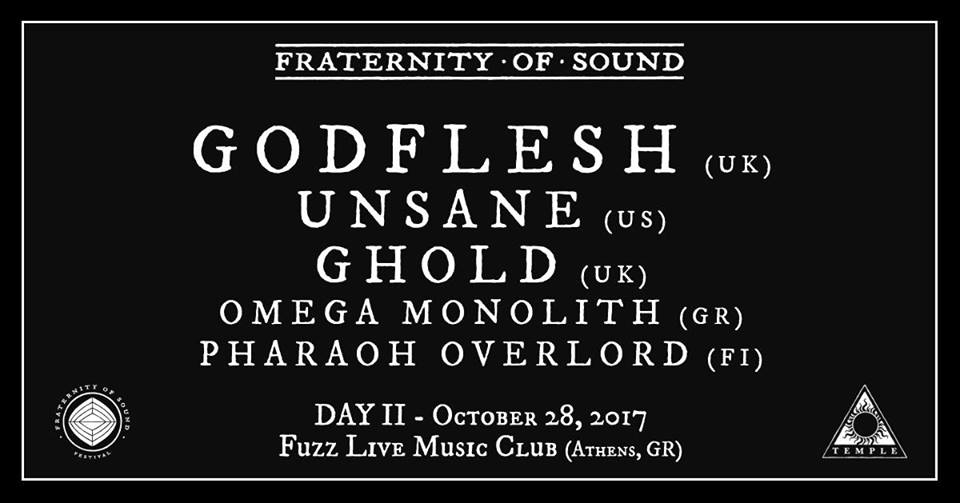 Rock Overdose: A new album is due on November 17th, called ''Post Self''. It is rumored to explore the less metal side of the band. We'd like to know some information about its creation, concerning composition, production and how long it took you in overall. Are you satisfied with the final result?

Rock Overdose: Reading that it's going to be a less metal album, do you feel that ''Post Self'' is a less stressful album compared to ''A World Lit By Fire''? It was the first album after 13 years and the expectations were high enough. Everyone I know considers it a great album, what's your opinion about it?

Justin: Yes, it’s much better! But, Godflesh needed to come back with an album like AWLOBF, a riff driven album, minimal and brutal, but it only displayed a narrow version of what is Godflesh.

Rock Overdose: The gig in Greece is a one off show for you, or are you going to have a tour concerning ''Post Self'' soon enough? How does it feel to perform the Godflesh tracks after the long hiatus? Was it a little odd at first to come back to what you created and put to sleep for so long?

Justin: Godflesh will not really tour so much anymore, I don’t find it enjoyable, for a variety of reasons, but I love playing one off performances.

A long break made the old Godflesh tracks even more exciting, and they still feel fresh.

Since we have returned we have found ourselves having to play the same fan favorites which can get tiresome, but I will always have an intrinsic connection to this music, that becomes even more special as I ‘mature’. Rock Overdose: You are such a multi-sided musician and composer, that as a fan I always thought you expressed a special side of yourself with each project you did. Godflesh seemed the most aggresive/repressed side of yours and Jesu for instance, sounded more relieved and redeeming. How true or false is this and how do you find motive for something new each time?

Justin: Yes, that’s a very good way of perceiving my projects. Jesu is emotive, personal and introspective. Godflesh contains worldviews and was orig9nally conceived as protest music, protesting against everything, particularly self!

I’ m consistently motivated by personal expression and a need to release everything internal through music. I can’t imagine existing without this release.

Rock Overdose: Your chemistry with G.C. Green is phenomenal all these years. It is a relationship lasting more than three decades from the Fall Of Because days. How did it feel when he left the band back in 2001, did you feel a gap that couldn't be filled or it just wasn't right to continue Godflesh without him?

Justin: He is an intrinsic part of Godflesh regardless of me being the songwriter. The band did exist without him when he left, although a short amount of time, where he had to be replaced because he left on the eve of a tour just before an album came out (‘hymns’). He was replaced by killing joke bass player, Paul Raven, who sadly left this earth oiver 10 years ago. But Godflesh was not the same than with G.C Green, it could not be.

Rock Overdose: In my ears, I find many elements of what Godflesh crafted in the late '80s/early '90s to many other bands of different genres, especially in metal. After all those years, how does it feel to be acknowledged as a pioneer and still have influence on thousands of people out there? Did you expect it to happen when you started the band?

Justin: Never expected it, but I didn’t expect it when I wrote and performed half of ‘Scum’ the first album from Napalm Death either!

All quite a surprise!

I was aware that Godflesh was essentially hybridizing styles, but not to the extent that it would spend many years being so influential. Rock Overdose: It would be interesting to know what keeps your ears busy in terms of music lately. Do you stick to old stuff mainly, or do you explore today's music also? With music industry changing a lot, isn't it a little hopeful that good music continues to emerge quite often from new bands?

Justin: Yes, music is saturated; there is too much, and because there is so much there is very little of quality. My tastes in contemporary music is mostly electronic; I hear very little music that involves guitars that excites me, and this has been the case for a very long time. If it’s modern it’s generally electronic music and it’s variations - techno, ambient, and so on.

Rock Overdose: Last but not least, we'd like to thank you for this interview, it was a real pleasure. Add whatever you feel should be mentioned and one last thing before the end, what really happened with your stolen guitar and the one that Kirk Hammet gave you? He's stated once that ''Godflesh is the heaviest band in existence''. Fact or fiction?

Justin: Thank you very much.

Kirk replaced a broken guitar at a show in San Francisco once in 1994, when we were spending a lot of time with him. It broke onstage and he himself rushed home grabbed a guitar and brought it back for me, was amazing of him to do that, and he was a real genuine fan of Godflesh back in those years. He’s an amazing guy.

For the Rock Overdose webzine,