Lenny Rutledge (SANCTUARY) on Rock Overdose: “We did not do any re-records on “Inception”, everything was recorded back in 1986″

There is no need for an introduction about the legendary band Sanctuary. They released their debut album "Refuge Denied" back in 1988, which certainly won the battle with time and is an important part of the heavy metal history. In 1990 they released the amazing "Into The Mirror Black" but after that they split up but reformed 18 years later.

In 2014 they came back with the very good album "The Year The Sun Died" and now they release the "Inception", which is a gift to the true Sacntuary fans, since it includes the demos from 1986 that were going to be the first Sanctuary album but they were never released.

Rock Overdose and Konstantinos Sotirelis had the chance and honor to talk with the band's guitarist, Lenny Rutledge, who told us a lot of things about the recordings back then. Enjoy!

Rock Overdose: Hi Lenny, welcome to Rock Overdose. How it’s going on the band’s side these days?

Lenny Rutledge: Very busy. We are actively writing new songs and preparing for 5 weeks in Europe during the summer. Including many festivals and 8 or 9 headline shows as well.

Rock Overdose: A few weeks ago you released the “Inception”, which is an amazing compilation of some lost recordings from the first days, right?

Lenny Rutledge: Yes the story is really quite amazing. These are recordings that I thought were lost forever. I live on a large piece of property, in a rural area, about 30 miles east of Seattle. We have an old barn on the property that was converted into a studio. When we moved here years ago we stored some old boxes and items that we were not concerned about in the 2nd floor of the barn.

The top floor was in rough shape and somewhat open to the elements. Unfortunately that meant weather and wildlife took its toll on the storage area. At the time I didn’t realize the master tapes were stored in the barn. The bottom floor of the barn is actually the Sanctuary preproduction room and studio. This is where we actually recorded most of The Year The Sun Died.

Recently I started to remodel the barn and expand so I decided to start clearing out the top floor of the barn to prepare for the rebuild. This is when I found the masters in bad shape stored in a bin full of water. I thought for sure that there was no way we would ever be able to restore them. I took the tapes to a place that specializes in restoration. They actually bake the tapes in a dehydrator. It looks like something that you would make beef jerky in.

Anyway after the restoration I made arrangements to have Zeuss listen. We both agreed that these were worth remixing and sharing with Sanctuary fans. We wanted fans to hear these special recordings. There was an edge and aggression to these demos that was lacking on Refuge Denied. 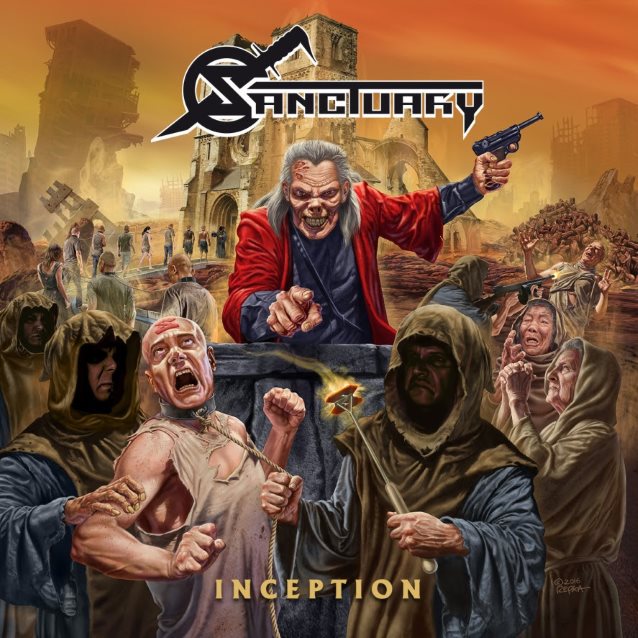 Rock Overdose: How do you feel about releasing this material now, 30 years later?

Lenny Rutledge: I’m very excited to be able to share these recording with true Sanctuary fans. The number one thing that I want EVRYONE to know. We did not do any re-records or over dubs on INCEPTION. Everything was recorded back in 1986. We felt it was very important to keep the integrity of the songs and the time period. We talked about the possibility of fixing some things and maybe re-recording some solos but we decided NOT to do it. We wanted the listener to experience exactly how we recorded it back in 1986.

When you look at the entire package of INCEPTION you can see that we were trying to retain the mood and feel of 1986. All the photos, flyers, stories and sketches in the massive booklet of Inception are all from that time frame and you can really get a sense of what we were like back then.

Rock Overdose: Why did you decide to unearth these demos now?

Lenny Rutledge: Well the timing did work out well. But since the discovery of the masters and then after finding that the songs sounded better than Refuge Denied after Zuess’ remix we felt it was time to share with our true fans.

Rock Overdose: Do you remember the recordings of these demos? Can you give us a few details describing that era of the band?

Lenny Rutledge: This was our first experience in the studio. We recorded at 2 locations. We did two songs ( “Battle Angels” and “Soldiers of Steel” ) at Triad Studios. This was the big studio on the East side of the Seattle region. Bands like Queensryche also recorded at Triad. The rest of the songs were recorded at Studio One in White Center. The songs that were recorded at Studio One were a bit of a challenge. It was an old 16 track studio and we had many technical difficulties but we had an awesome time. It was all a very new experience for us. 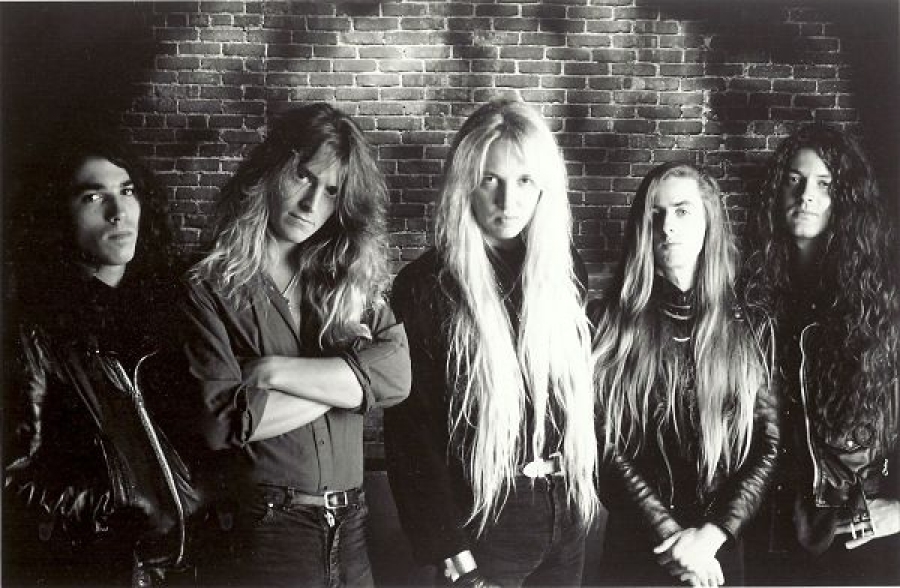 Rock Overdose: What’s the feedback so far? I guess that the fans are extremely happy about this release.

Lenny Rutledge: Yes, It seems that the fans agree that "INCEPTION" has an aggression and intensity that Refuge Denied did not. Most fans I talk to really appreciate the release. We spent a lot of time remixing and mastering the songs. Plus the entire album package with the artwork, un released photos , stories and sketches really make this a special.

Rock Overdose: So, the next plan is the album, right? When do you think that it will be ready?

Lenny Rutledge: We have made great progress. Stay tune. We hope to release in 2018

Rock Overdose: What should we expect from the upcoming album?

Rock Overdose: Warrel Dane had stated that the album is “old school thrash metal with a modern touch". Is it true?

Lenny Rutledge:  I think some of this is true. So far the songs are very aggressive. He has also stated that the title is “Dead Again” which is incorrect. We are still undecided on the final title.

Rock Overdose: Your latest album was “The Year the Sun Died”. What was the feedback to this album and how did the fans react for this release, which was the first album after 25 years?

Lenny Rutledge: The response to the album and reunion was unbelievable. We feel very fortunate to be able to have a second chance. In my opinion the album did what we intended. We wanted to record an album that had a modern feel and production but still retain the vibe and integrity of early Sanctuary. I think we achieved that goal. We always try to evolve. I know a lot of fans want to hear old school but I think we created a balance. 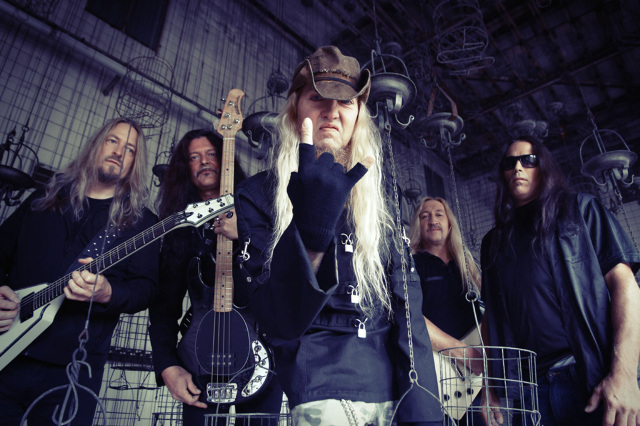 Rock Overdose: Is Greece included in your touring plans?

Lenny Rutledge: The band is playing many shows in Europe during the month of July. We play Israel on July 16th then we head to Greece on July 17th. I believe we are in Greece for about 7 days. It is one of our favorite places to travel and we have made many friends in Greece. We play Athens on Friday July 21st at Gagarin.

Rock Overdose: What do you think about the Greek fans?

Lenny Rutledge: Honestly the fans in Greece are so passionate. Quite possibly the greatest fans in the world. We have made many friends and we always have a great time.

Rock Overdose: Seven years after the reunion, how do you see the future of Sanctuary?

Lenny Rutledge: Well the plan is to record another album within the next year. We are working on new material now and it is going well. So far the album is not actually titled. There have been some rumors but we will keep it quite for now. We hope to have the album out in mid 2018.

Rock Overdose: Thank you very much for this interview, the last word is yours.

Lenny Rutledge: We look forward to seeing all of our on July 21st 2017.
Greece never disappoints. We are very stoked to return to Greece finally.